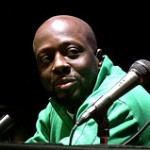 Top Story — Musician Wyclef Jean said that he is thinking of running for the presidency of earthquake ravaged Haiti, but has yet has yet to decide whether to declare himself as a candidate.

Wyclef Jean, who rose to fame in the 1990s as a member of the hip-hop group the Fugees and with a string of successful solo albums, was appointed ambassador-at-large for Haiti in 2007 by President René Préval. Since the appointment rumors have swirled about the Haitian-born entertainer’s intentions for the 2010 presidential elections.

“Wyclef’s commitment to his homeland and its youth is boundless, and he will remain its greatest supporter regardless of whether he is part of the government moving forward … If and when a decision is made, media will be alerted immediately,” Wyclef’s family said in a statement, according to the Associated Press.

According to CNN, Wyclef has already filled out the necessary paperwork to become a candidate in Haiti’s elections. The musician has been an outspoken advocate for Haitian aid and was one of the first celebrities to travel to Haiti after the January 12 earthquake that ravaged much of the island nation.

Wylcef, 37, was born in the Haitian capital of Port-au-Prince, but moved to the New York City borough of Brooklyn as a young child. He said he voted for current-President Préval in the 2006 elections.

Rene Préval is unable to run for president of Haiti due to term limits.