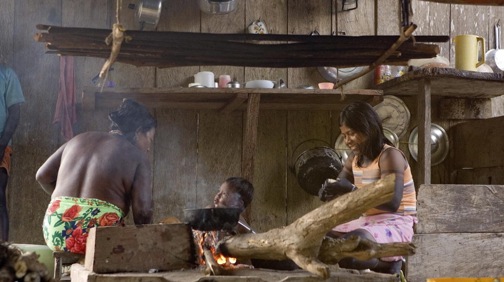 NEW YORK — Thirty-four indigenous groups face extinction due to internal armed conflict from the ongoing violence in Colombia, according to a report released by the United Nations High Commission on Human Rights.

The conflict is not new, but the current level of displacement among poor indigenous groups is unprecedented.

The UNHCR report states that the fundamental human rights of indigenous people are being continually compromised by drug war-related violence, which places them in “a state of high risk of cultural or physical extermination due to the armed conflict and forced displacement.”

Indigenous youths are also in constant danger of recruitment, and previous human rights reports have shown that displaced adolescents are generally easier to incorporate into drug war forces.

The report also says that women and children are uniquely vulnerable to violence and displacement. However, they are also crucial to the preservation of ethnic and cultural traditions. The report says that the “extinction” of indigenous people is not just due to displacement and murder, but the loss of ethnic traditions that can result.

Additionally, many indigenous Colombian women are illiterate and unable to speak Spanish fluently, making them easy targets for drug traffickers in pursuit of their land. These social disadvantages often correlate with poverty — generally, the poorer people are, the more likely they are to be displaced.

The UNHCR report says that murders of Colombia’s indigenous populations increased by nearly two-thirds between 2008-2009.

One of the biggest obstacles to effectively addressing the problem is its invisibility. “Silence regarding the violence and the situation has been the general rule until now, because of fear, violence, and powerlessness,” the report states. “However, the communities themselves have recently resolved to make efforts to publicize and denounce their situation.”

Colombia’s government frequently cites its success at stemming violence in the country, however this report alleges that’s not necessarily the case.

Despite claims of a multicultural, multiethnic identity, the report says the Colombian government has done little to assist indigenous groups, who represent a disproportionately high number of the total displaced within the country.