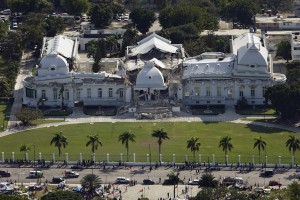 Top Story — Haiti’s election agency said Wednesday it will not release preliminary results of the recent runoff until Monday, citing higher than expected turnout and voter fraud as reasons for the four-day delay.

Head of the Provisional Electoral Council Widmack Matador said 1,518 tally sheets from the runoff vote raised suspicions and have been put aside for assessment because they were “visibly fraudulent,” Agence France-Presse reports. The number constitutes roughly 14 percent of the total tally sheets.

Matador declined to comment on whether the fraud could jeopardize the overall validity of the election between singer Michel Martelly and former first lady Mirlande Manigat. Both candidates are considered center-right.

The Council says it will announce the final result of the election on April 16.

Corruption marred the first round of Haiti’s presidential elections in November, leaving the results unclear and delaying the runoff for two months. Government-backed Jude Célestin originally came in second place, but got bumped to third after a review of the vote prompted by protests and allegations of fraud.

The winner of the election will face one of the toughest jobs in the hemisphere — rebuilding a country devastated by an earthquake that killed more 225,000 people and about one million people homeless.

[…] council found irregularities in over 14 percent of the 25,000 vote tally sheets, prompting fears that fraud may have marred the runoff election, as it had November’s […]