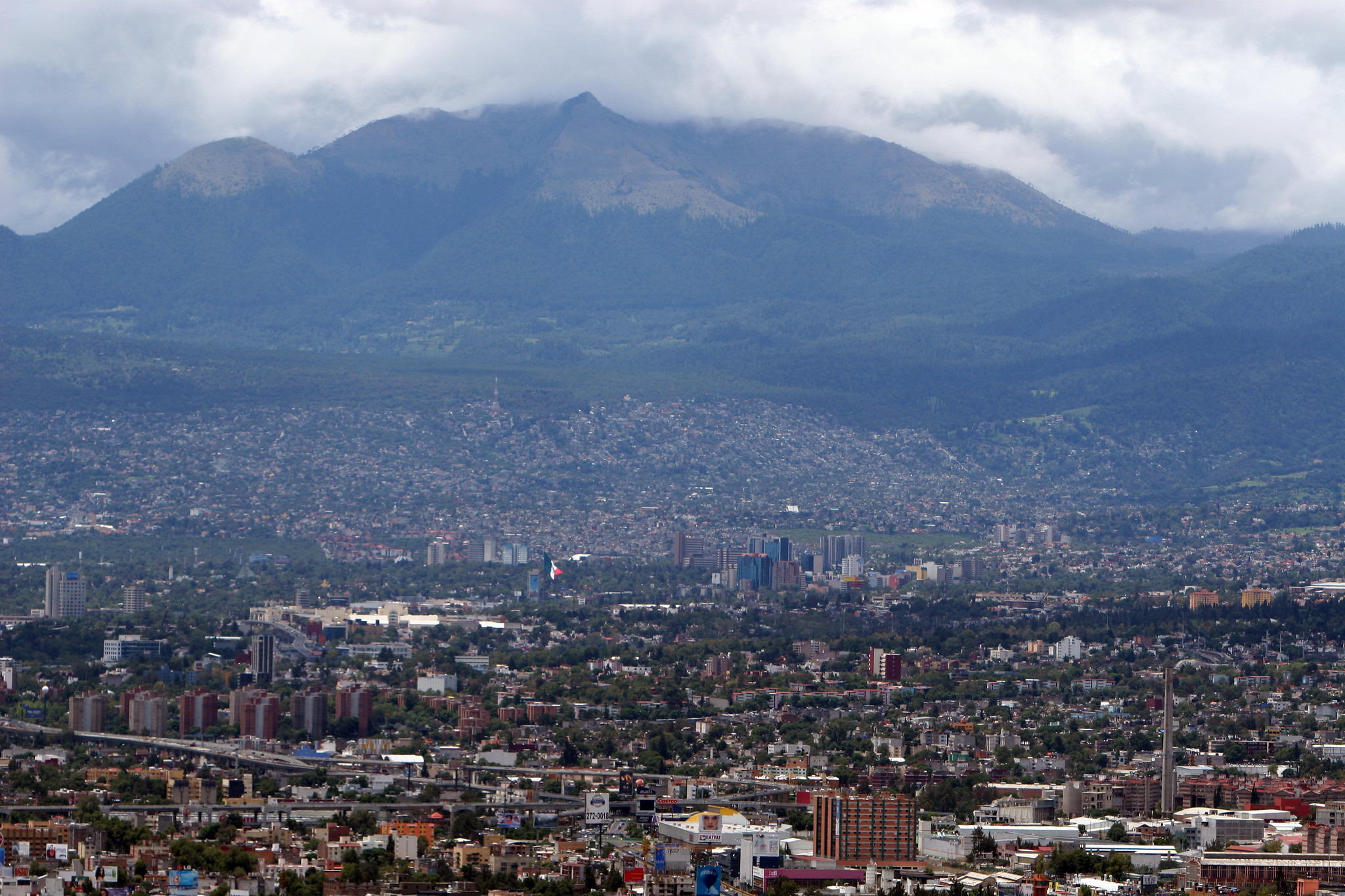 MEXICO/UNITED STATES: Mexican prosecutors say that fugitive former Mexico City public housing official, Raymundo Collins, has been located in the United States, and they have asked for his extradition. Collins has served in several high-level roles in Mexico City government since 2002, including during current President Andrés Manuel López Obrador’s term as mayor. He is accused of misdirecting public funds while he was head of Mexico City’s Housing Institute (INVI), during the previous administration of Mayor Miguel Ángel Mancera (2012–2018).

Collins has been wanted since September. According to prosecutors, he improperly authorized the purchase of a property using INVI funds during his time heading the institute. Associates of Collins have been the subject of investigations since 2013, when construction companies reported irregularities around INVI projects. Mexico City prosecutors previously requested a warrant for Collins’ arrest last December for a similar crime, but a judge did not grant it. On Friday, police raided a property he owns in the Morelos state, where they found 41 classic cars, along with three jet skis, an all-terrain vehicle, a motorcycle, a motorboat and several works of art. Collins faces between three months and two years in prison.

BRAZIL: The National Institute for Space Research reported on Sunday 17,326 blazes in the Amazon rainforest in the month of October. The figure is over double the number reported during the same time last year. Fires in Brazil’s Pantanal region have also reached a record high since data collection began in 1998. The fires are mostly caused by deforestation, and most were started to burn accumulated organic material. The effects are also being felt in Paraguay, which has seen water levels of the Paraguay River, supplied by the Pantanal wetlands, drop to historic lows. President Jair Bolsonaro has been criticized for record high Amazon fires during his administration as well as his use of the military to curb the problem.

COLOMBIA: Hundreds of Revolutionary Armed Forces of Colombia (FARC) ex-combatants arrived in Bogotá over the weekend to protest the murders of 236 former FARC combatants in the process of reintegration into civilian life. In a “Pilgrimage for Peace,” former FARC guerrillas from the 24 transition zones across the country walked to the major cities of Medellín and then Bogotá to protest their systematic assassinations after signing a peace deal with the Colombian government in 2016. Along the pilgrimage, the leaders of the former guerrilla group––now a political party—held forgiveness vigils with victims of the armed conflict and dialogues with their demobilized paramilitary leaders. The pilgrimage began on Oct. 16 with the murder of Juan de Jesús Monroy, an ex-combatant who dedicated himself to helping other ex-combatants establish legal productive projects in the department of Meta.

ECUADOR: China detected coronavirus on a fish shipment from Ecuador on Saturday. Chinese authorities decided to suspend shipments from the Ecuadorian company for a week after finding the traces of COVID-19. According to Ecuador’s Health Ministry, Ecuador has confirmed over 168,000 cases of coronavirus and 12,670 deaths. The government announced it will take measures to more closely monitor and improve protocols for exportations.

PUERTO RICO: A new Trump appointee to the federal control board that oversees the island’s finances has rejected an immediate filing of a debt restructuring proposal, jeopardizing the goal of freeing Puerto Rico of bankruptcy by 2021. Justin Peterson, who formerly advised financial disputes involving Puerto Rico and Argentina, dropped out of the board’s public meeting Friday after disagreeing with the motion. In a series of tweets, he called the plan inequitable and unacceptable, stating that the board intended to file the plan without informing its creditors. However, the board cannot move the plan forward without Peterson’s vote, or unless new members are appointed to fill the three remaining vacancies on the seven-member board. The plan aims to restructure Puerto Rico’s $70 billion public debt load in an ongoing bankruptcy-like proceeding in federal court.

HAITI: Immigrant advocacy groups are raising concerns after a watchdog group reported a radical increase in deportation flights to Haiti only weeks before the election. Witness at the Border, an immigrant rights group, disclosed that twelve deportation flights to Haiti occured in October, when the average is normally between one to two flights every four weeks. Advocacy groups believe that migrants have been expelled under the 1944 Public Health Law’s Title 42 clause, which has been used by the Trump administration to expel more than 200,000 migrants since March. The law allows the government to take emergency action to prevent “introduction of communicable diseases” and was officially authorized by the Centers for Disease Control and Prevention. Activists say that many migrants are asylum seekers, and their return to Haiti puts them at risk of widespread violence and a potential coronavirus spike in the country.

HONDURAS/NICARAGUA: Eta, which formed as a tropical storm in the Caribbean during the weekend, became a hurricane early Monday morning, and is headed toward Central America. This storm ties the record for most named storms in a single Atlantic hurricane season, and is forecasted to be near the northeastern coasts of Nicaragua and Honduras by Monday night. A hurricane watch was issued for parts of both countries, as Eta moved west at about 12 mph with maximum sustained winds of 75 mph on Monday morning. According to the National Hurricane Center, central and northern Nicaragua and much of Honduras could receive 15 to 25 inches of rain in isolated areas. Eta is forecast to make landfall in Nicaragua on Monday as a Category 2 hurricane, with estimated winds of 100 mph. Heavy rains are also likely to occur in eastern Guatemala, southern Belize and Jamaica.

MEXICO: More than 3,000 Mexico City police officers were deployed to enforce the mandatory closure of graveyards around the capital to prevent gatherings for Day of the Dead that could contribute to the spread of COVID-19. In a statement, Mexico City Mayor Claudia Sheinbaum said that she recognizes the importance of the celebration, but that “it’s not the time” for gatherings that could lead to contagions and deaths. Meanwhile, President Andrés Manuel López Obrador announced three days of mourning for the victims of the pandemic on Saturday, and opened the doors of the National Palace to representatives from Indigenous groups to inaugurate 20 “ofrenda” memorials for the over 91,000 people who have died from COVID-19 in Mexico. 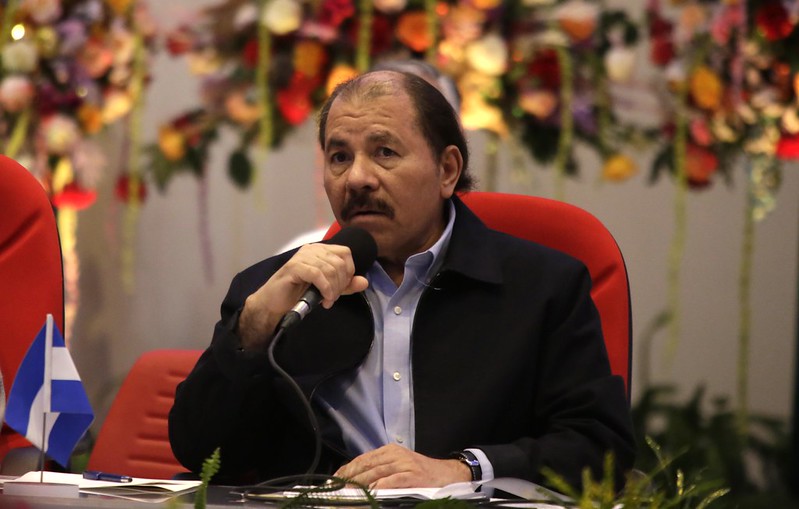