In February elections, a referendum to protect water passed and left-wing candidates received strong support. Mining will be a key issue for the next president. This story is republished from NACLA.

“Keep going, let’s continue this fight,” Eli tells her community in the middle of a minga, a collective work effort. She is busy building a communal house to guard against illegal mining in Ecuador’s Río Blanco community, where mining companies exploit gold. Although new mining concessions have been suspended, community members remain vigilant.

Eli is an Indigenous woman who was born in Yumate, a village approximately 40 miles from Cuenca, Ecuador’s third most important city. She has long been a part of the Río Blanco community and its anti-mining fight. In 2013, the Chinese-owned Ecuagol Mining took control of a Río Blanco site, prospected by mining companies since the 1990s, and received a license to extract gold in the moorlands (páramo) where the rivers are born. In 2018, after the company officially began to dig, Eli and fellow community members won a long dispute to have the mining concession canceled.

This fight was not the last. On February 7, 2021, as Ecuadorians cast their ballots for president, a referendum took place in Cuenca that asked citizens whether they were in favor of water or mining. The proposal was put forth after it had been rejected on three previous occasions, with the Cuenca Municipal Council, jurists, biologists, social organizations, and environmental activists supporting it.

The victory in favor of water was overwhelming: more than 80 percent voted for a ban on large-scale mining in watershed areas. This spells the end for future large-scale mining activities and ensures the absolute cancellation of new exploitation, which is the phase that causes the most pollution in a mining project.

In other words, projects that have not yet reached the exploitation phase will be directly affected, as their concessions will be suspended. However, projects that are already being actively exploited may continue.

For David Fajardo, an environmental activist and member of the Cabildo por el Agua organization, this resolution allows “more people around Ecuador to find out about the problems in their territories, to begin to question, to do more activism, and to organize new consultations at the national level.” He hopes it will help “more people [to] join the fight against mining, which not only negatively impacts the ecosystem, but also causes social division in communities.” 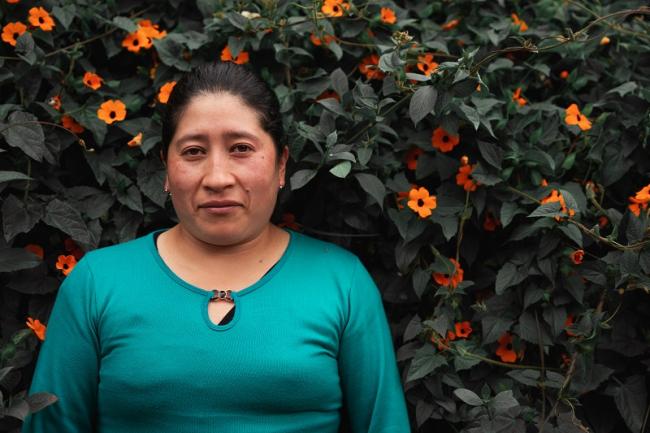 Currently, in Ecuador, there are at least 30 mining megaprojects that threaten water sources, fragile ecosystems, and peasant and Indigenous territories. The province of Azuay, where Cuenca is located, is the site of 765 registered and requested mining concessions. For this reason, the result of the popular consultation supposes a radical change in the mining policy on a medium to large scale. Above all, it opens the way for the people to decide whether they agree with this ongoing activity in their jurisdiction.

Eli recalls that when she was 12, mining companies came to Río Blanco with promises to provide jobs and improve the community’s living conditions. However, they also brought with them social division and pollution. Eli worked in one of those companies, where she experienced discrimination, injustice, and sexual harassment. She says that after this resolution, “For the first time, we decide what we want for our territories, which are not only jobs, but decent jobs, which means living in a healthy ecosystem.”

The constitution also outlines the right of Indigenous communities to “participate in the profits earned from these projects.” Defenders of mining often highlight the supposed economic growth that mining companies bring to the community. However, Fajardo, argues that the economic benefits have only served to enrich the owners of the companies, while the areas of exploitation generally remain impoverished.

“Mining responds to international markets that are sustained by global elites,” he explains. This serves private interests and “not [the interests] of the workers, nor of the peoples or nationalities affected, nor of nature that is exterminated for the development of the activities,” he adds.

Galo Carrillo, professor at the University of Cuenca and an expert on the Andean moorlands, says that although mining activities can bring immediate economic benefits, in the long term, poorly managed and large-scale mining is harmful to the environment. However, he cautions that other sectors also impact the environment; agribusiness and livestock activity are responsible for almost 30 percent of global carbon dioxide emissions. For Carrillo, not all mining outcomes are negative, and the situation must be balanced—an agreement between the industry, academia, and society must be reached to achieve responsible mining.

On the other hand, members of anti-mining communities have developed sustainable economic alternatives to demonstrate that there are ways beyond extractivism to achieve improvement.

Together with a group of women from the community in the affected mining areas, Eli founded the women’s collective Sinchi Warmi. They spearhead a project called “Warmi Muyu,” which means “Seed Woman,” where the women work to make artisan jewelry to sell in Ecuador and internationally. For Eli and the members of the collective, the project is a seed that signals sustainable and dignified economic alternatives for women, living in healthy territories free of mining. 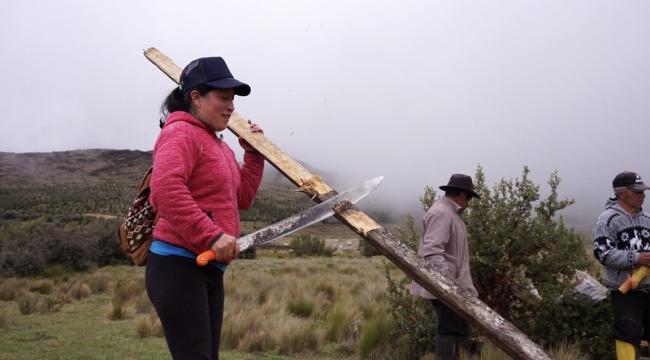 Mining Debate will Carry into the Next Administration

How will Ecuador’s next government handle the mining issue? Ecuadorians head to the polls for a presidential runoff on Sunday, April 11, and both candidates, right-wing Guillermo Lasso and left-wing Andrés Arauz, see mining as a source of strengthening the country’s economy.

Arauz’s platform proposes a “post-extractivist or post-oil” model. Arauz represents a return to former President Rafael Correa’s so-called Citizen’s Revolution, which leveraged oil rents to fund social programs. Many Indigenous and environmental groups contested this “progressive extractivism” model. According to Fajardo, Arauz’s plan is “a purely mining model” that swaps oil for mining. “Both are disruptive activities to the ecosystem,” he says.

Arauz added that he will work so that children in the communities where mining projects operate have the same educational opportunities as children of the managers of the mining companies.

Lasso, for his part, has stated that “mining has to become one of the pillars of Ecuador’s economy.” The candidate is in alliance with the Social Christian Party. One of the party’s leaders, Jaime Nebot, some time ago, proposed a popular consultation sponsoring mining.

The third-place candidate who failed to enter the second round, environmentalist Yaku Pérez, was the only one who promoted an anti-mining agenda. Prior to entering electoral politics, he worked in movements in defense of water.

For Fajardo, the fact that both Arauz and Lasso consider mining a source of development “is an enormous danger for the ecology of Ecuador.” He insists that “economic progress at the cost of a nation’s environmental damage” is unacceptable.

For activists and members of anti-mining communities, regardless of which candidate wins, the fight will continue. They affirm that it is necessary to begin to build a process of transitioning to sustainable economic models that advocate a true transformation beginning with respect for the Pachamama. Effective grassroots organizing crossing rural and urban lines, like the example of Cuenca’s mining ban, has opened the horizon for environmental activism to defend water and ecosystems at the national level. Because the human species depends on nature.