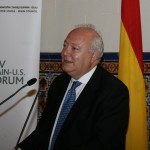 The detainees will not pose a security threat to Spain and transfers from the detention center in Cuba to Spain “will be done with all the legal guarantees so as to defend the security situation that our country requires,” according to Spanish Foreign Minister Miguel Ángel Moratinos.

The move to take these detainees is seen as a way to restore better relations between Spain and the United States, which were frayed when Spain removed troops from Iraq in 2004 and again when President Barack Obama said this month that he would not attend a United States – European Union summit in May, in which Spain would host as the E.U.’s bloc president.

There are currently 192 detainees still at Guantánamo Bay, but 110 are already cleared resettlement or repatriation.

For more information on the detainees at Guantánamo, see Pro Publica’s investigative reporting at “Detention Dilemma.”