PARAGUAY: President Mario Abdo Benítez asked for the resignations of several members of his cabinet Saturday in response to protests about how his government has handled the pandemic. Cases of COVID-19 have been rising in the country, with over 165,000 people infected and 3,200 dead. The health system is nearing collapse, and the government has not been successful in obtaining or administering vaccines: only 4,000 doses of the vaccine have been acquired and only 0.1% of the population has been vaccinated.

On Friday, the health minister resigned over the issue, and protests against the lack of medicine and mismanagement turned into riots in Asunción. Protesters set the central police station on fire and threw objects at the police, who responded with tear gas and rubber bullets. Over 20 people were injured. The next day, Benítez asked the ministers for civil affairs, women’s affairs and education to step down. Protesters continue to call for the president to resign, accusing his right-wing government of appropriating funds that should have been used to address the health emergency by supplying hospitals, treating patients, and purchasing and administering vaccines.

COLOMBIA: Activists in Colombia say the Inter-American Development Bank (IDB) is violating its own sustainability guidelines and performance standards through its massive investments in the Hidroituango dam, which will be the largest hydroelectric dam in Colombia when it is completed. The dam has caused a significant decrease in the flow of the Cauca River and major flooding in some places, affecting the communities that live in the Lower Cauca Valley. Through legal challenges and formal complaints, civil society groups have forced the IDB to take the historic step of launching an internal investigation of the project. 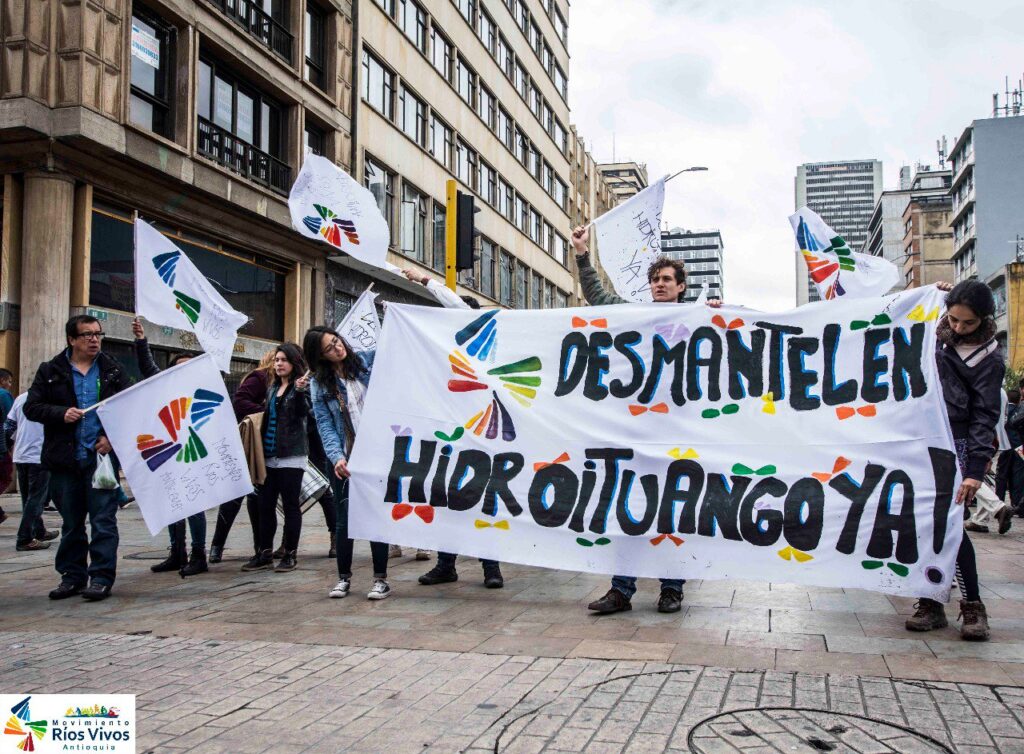 ARGENTINA: Argentina repealed a controversial migration law on Friday that was enacted in 2017 by former President Mauricio Macri. The decree limited the number of times foreigners could enter the country and the duration of their stay. It also allowed for the immediate deportation of foreigners for committing certain crimes, whether or not they were convicted and regardless of their legal or illegal migration status. In general, Argentina has been accepting of migrants and Macri’s policies were a break from the norm and were seen by many as xenophobic. The repeal of the decree under current President Alberto Fernández is a return to Argentina’s historically welcoming immigrant policy.

COLOMBIA: Prosecutors requested Friday that the charges of witness tampering against former President Álvaro Uribe be dropped. Uribe was president of Colombia between 2002 and 2010 and is known for his no-mercy approach to the conflict with the Revolutionary Armed Forces of Colombia (FARC) guerrilla group. For years, Uribe has been accused of having ties to violent paramilitary groups that murdered, kidnapped, and terrorized Colombian citizens in the war against the FARC. Uribe’s brother, cousin, and dozens of high-ranking members of his administration have been arrested for connections with the paramilitaries, corruption, wiretapping, and other scandals. Uribe was detained for two months in response to the recent accusations from a former paramilitary member, but the prosecutor said Friday that no evidence has been found that Uribe committed a crime. Uribe has called the case an act of political persecution.

VENEZUELA: Three men pleaded guilty on Friday to leading a plot against President Nicolás Maduro last year. The hearing took place in a Colombian court where the men admitted to organizing a group of deserters from the Venezuelan army to overthrow the country’s leadership in what they called “Operation Gideon,” which failed, leaving six men dead. The men, all Venezuelans, were arrested six months ago and face 6 to 10 years in prison. The other leader of the failed revolt was Jordan Goudreau, a Canadian-American war veteran and former Green Beret-turned mercenary who owns a private security company in Florida.

HAITI/UNITED STATES: Two men wanted by the U.S. government were arrested by Haitian police last week and flown to the United States in the custody of DEA and FBI officers. One of the men is Peterson Benjamin, a Haitian citizen police say is responsible for several kidnappings including two of U.S. citizens. The other is Lissner Mathieu, a U.S. citizen who pled guilty to a cocaine trafficking charge in 2006, is accused of violating the terms of his probation when he did not return from a trip to Haiti in 2008. Mathieu was in possession of an identification card giving him access to the National Palace and identifying him as a driver in the presidential motorcade.

PUERTO RICO/UNITED STATES: Puerto Rico’s pro-statehood Governor Pedro Pierluisi found himself at odds with Democratic representatives in the United States who are promoting legislation aimed at granting self-determination to the island. New York Representatives Alexandria Ocasio-Cortez and Nydia Velázquez are asking House leadership to advance the Puerto Rico Self-Determination Act, a bill that would create a process to allow Puerto Rico to decide on its future, whether that be independence, free association, statehood or the maintenance of the status quo. Pierluisi wants Congress to go ahead with passing Puerto Rico statehood while the Democratic party still holds a majority. In the latest referendum over the island’s status last year, 52.5% of voters said that they would like Puerto Rico to become a state.

GUATEMALA/BELIZE: Officials from the governments of Guatemala and Belize met at the disputed border between the two countries on Thursday, the first time that such a meeting has taken place. In the meeting, which took place at an Organization of American States (OAS) office, Belize Foreign Minister Eamon Courtenay and his Guatemalan counterpart Pedro Brolo Villa expressed a shared desire to improve relations between the two countries, which have deteriorated because of a centuries-long border dispute which is currently being adjudicated by the International Court of Justice (ICJ). Since independence, Guatemala has claimed all or part of the territory of Belize. In 2008, the two countries agreed to allow the ICJ to resolve the dispute. The ICJ is currently analyzing briefs submitted by each country.

HONDURAS: Five years after the murder of Honduran environmental activist Berta Cáceres on March 3, 2016, a former military officer and executive accused of masterminding the killing will face trial next month. Prosecutors say that David Roberto Castillo Mejía, the president of DESA, paid a triggerman 500,000 lempiras to kill Cáceres because of the latter’s activism against DESA’s Agua Zarca hydroelectric dam project. In 2019, seven others were convicted of planning and carrying out the killing and given sentences of between 30 and 50 years in prison. But Castillo Mejía is the first person charged with being the “intellectual author” of the crime. Castillo Mejía denies the accusation.

Cáceres, who in 2015 had won the prestigious Goldman Prize for environmental defenders, was shot dead at her home in 2016 in the midst of a contentious conflict between community organizations and DESA over the dam.

MEXICO: Authorities in Mexico City have installed anti-riot barriers around the National Palace ahead of protests for International Women’s Day planned for Monday.

This comes after clashes between feminist groups and President Andrés Manuel López Obrador over the nomination by his Morena Party of a Félix Salgado, a man who was accused of rape, for the governorship of the state of Guerrero. Salgado is still under investigation, and Morena has agreed to schedule a second internal poll to see if he should remain as the candidate.

Rosa Icela Rodríguez, the country’s top security official, estimates there will almost be 100 women’s marches in cities and towns throughout Mexico. Her office also urges local authorities to designate female officers to the protests.

MEXICO/UNITED STATES: The U.S. government has told some asylum seekers waiting in Mexico for the resolution of their cases that their cases may be reopened, and that they may be allowed to wait in the United States for the duration of the process.

This comes as good news after Mexican authorities had decided to close a camp along the Rio Grande that had housed thousands of asylum seekers over more than two years. Mexico’s Foreign Affairs Ministry said via Twitter that the camp had been closed after the last case had been processed. There were around 50 that remained in the camp and were moved to a shelter later in the day.

The United States began processing the cases of asylum seekers who were waiting in Mexico last month. Yolanda Parra, U.S. Consul in Matamoros, said in a meeting with migrant advocates that the administration may reopen closed cases of people remaining in the camp.

Officials from shelters across the border say that they expect the reopened cases to draw more people to the border.