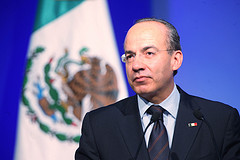 Top Story — The brother of a murdered Mexican gubernatorial candidate was named Wednesday his replacement in this weekend’s upcoming election.

Rodolfo Torre Cantú’s brother, Egidio Torre, said that he asked his family before agreeing to take up his slain brothers candidacy as the Institutional Revolutionary Party’s candidate for governor of Tamaulipas state.

“I have accepted to be the substitute candidate for governor of the state of Tamaulipas despite the profound pain,” Torre said at a news conference, according to the Associated Press. “I’m inspired by my brother’s death.”

Rodolfo Torre Cantú, 46, was killed along with at least four supporters when gunmen opened fire on his motorcade, which was on its way to a campaign event.

Egidio Torre, the older brother of Rodolfo, is 53 and works as an engineer and real state developer, but has little experience in politics.

The death of Rodolfo Torre marked a rise in election-related violence leading up to Sunday’s elections in 14 states, including 12 for governors. Mexican President Felipe Calderón asked political parties Tuesday to unite against drug traffickers.

“United, Mexicans can and will overcome a common enemy that today threatens to destroy not only our tranquility but our democratic institutions,” Calderón said, according to the Dallas Morning News.

Critics of Calderón blame his offensive against the drug cartels for the increase in violence, with almost 25,500 people dead in drug-related violence in Mexico over the past three and a half years.