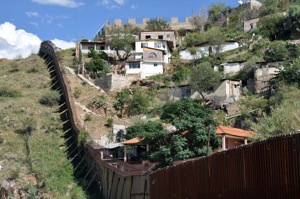 Top Story — Seven Latin American nations have joined Mexico in support of a lawsuit against the U.S. state of Arizona’s recent immigration law.

Bolivia, Colombia, El Salvador, Guatemala, Nicaragua, Paraguay and Peru have all filed lawsuits, all of which are similar to a legal brief filed in Mexico that supports the lawsuit filed by U.S. civil rights and other advocacy groups.

Arizona’s law requires police officers to check the immigration status of people they stop, if there is reason to suspect that they are undocumented immigrants. The law also restricts the hiring or transportation of day laborers, and allows for lawsuits against government agencies not enforcing immigration laws.

On July 1, a U.S. federal judge accepted Mexico’s brief, which the country alleges hinders the government of President Felipe Calderón in combatting drug trafficking as well as tourism and trade.

In related news, 1,200 U.S. National Guard troops will be sent to the country’s border with Mexico on August 1 as a part of the Obama administration’s effort to increase security and decrease the flow of weapons and drugs into the country.

500 troops will be sent to Arizona, with the rest going to New Mexico, Texas and California.

Mexico: PRI and PAN Fight For Governorship Of Michoacán