BUENOS AIRES — Last July an Argentine citizen told his local congresswoman: “What a pity you are using your position to defend a media group that collaborated with the dictatorship.”

“What a pity you are using Twitter to insult, idiot,” the representative swiftly answered.

The exchange of attacks did not happen in the real world, but in the virtual microblogging community known as Twitter. It took place amidst the ever growing tensions between the government of President Cristina Fernández and the main national media groups over a new media law passed by the administration more than a year ago. On the receiving end was Silvana Giudici, a 43-year-old deputy of one of the main opposition parties, the centrist Civic Radical Union (UCR, in Spanish). On the other side was a lay Twitter user. Giudici did not support the law; the user wanted her to do so.

With a heavily politicized media situation and presidential elections coming up this year, Twitter has become one of the main political battlegrounds in Argentina between politicians and citizens. But these communications are not always constructive — sometimes they become a simple exchange of insults and slanders.

Twitter is quickly growing in Argentina. The community’s accounts increased by 2,500 percent in 2010, according to Nathaly Fruson of the social media analysis Grupo EcuaLink. Together with Brasil, Venezuela and Mexico, Argentina has led the global boost of Twitter during the past year. And there’s plenty of potential for further growth — more than two thirds Argentina’s 41 million population has access to internet, according to the Web analysis company Royal Pingdom.

Despite their differences, Argentine politicians from all over the spectrum are aware of Twitter’s role as a communication tool — even if it means getting exposed to embarrassing comments. President Fernández has an official account, along with the majority of her cabinet. The opposition is also present. In March 2010, the UCR hired Juan Ignacion Belnis, a new media consultant, to manage the party’s national Twitter strategy. “It is a medium that opens a direct channel of communication and interaction with the citizen. It allows you to develop bonds,” Belnis said enthusiastically. However, he warned that “politicians will have to put up with insults and slandering. It will happen, and it is part of Twitter’s dynamics.”

His point of view is shared by Fernando Amdan, the digital media expert hired in March 2009 to run the governing Justicialist Party’s (JP) Buenos Aires Twitter account. “Twitter is like an anarchic forum — everybody can answer to everybody. There is debate, it is participative, transparent and horizontal,” Amdan said. And with tensions growing between the mass media and the PJ, Twitter plays a crucial role in the government’s communication strategy with the citizenship. “Even though mass media is still crucial, there is less need for the middleman,” says Amdan.

Without middle to worry about, bellicose users and messages have arisen as a central issue. “You have to answer,” suggests Amdan “You have to provide always the space to create dialogue. But, that said, a politician should not reply to insulting messages.” The national secretary of Culture, Jorge Coscia, followed his advise. Coscia’s bio section in Twitter does not tell us about his background, but instead reads “I accept debates, but I block those who offend and insult, especially those hidden behind pseudonyms.”

The strategy is followed by PRO, a center right opposition party. “If they attack and are disrespectful, we do not answer. If they insist, we block them,” says Juan Gabriel Gentile who manages the Twitter account of Congressman Federico Pinedo, one of the leading figures of the PRO party. “If the user creates controversy, we attempt to end the altercation sending the least amount of messages possible. The key is not to tire the rest of our audience,” says Gentile.

The fog of Twitter war, however, makes it difficult for all political figures to listen to their digital consultants and remain calm when attacked. “Twitter is immediacy, you receive a message and you react in the moment. The reaction and the answer that follows are related to whatever you are living in that moment.” And whatever Giudici was living last July, she decided to reply the Twitter assault.

Skirmishes like this one are expected to multiply with the presidential elections ahead, next October. Belnis grins when he says, “we are going to see some nice battles on Twitter.”

Hugo Passarello Luna is a journalist and director of the news and analysis portal Argentina Elections. 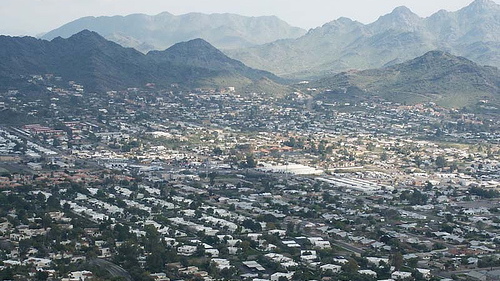 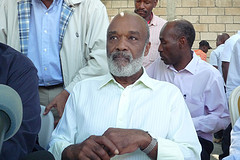