BOGOTÁ, COLOMBIA — On April 9, 1948, Colombian liberal presidential candidate Jorge Eliécer Gaitán was murdered in downtown Bogotá. A hired hitman approached Gaitán at noon and shot him. The news spread rapidly and his followers were quickly enraged. This assassination is considered one of those key events that made violence escalate rapidly in Colombia between liberal and conservative factions, and between communist guerrillas and the establishment later on. Colombia has been at war for decades.

Today, at noon, 68 years after Gaitán’s assassination, dozens of men and women from the city of Bogotá gathered in the same corner where Gaitán was murdered. They were carrying white flowers, colorful signs and Colombian flags. A woman wrote ‘Paz’ (Peace) on one of her cheeks. One of the signs said: “We welcome a new cease-fire.” 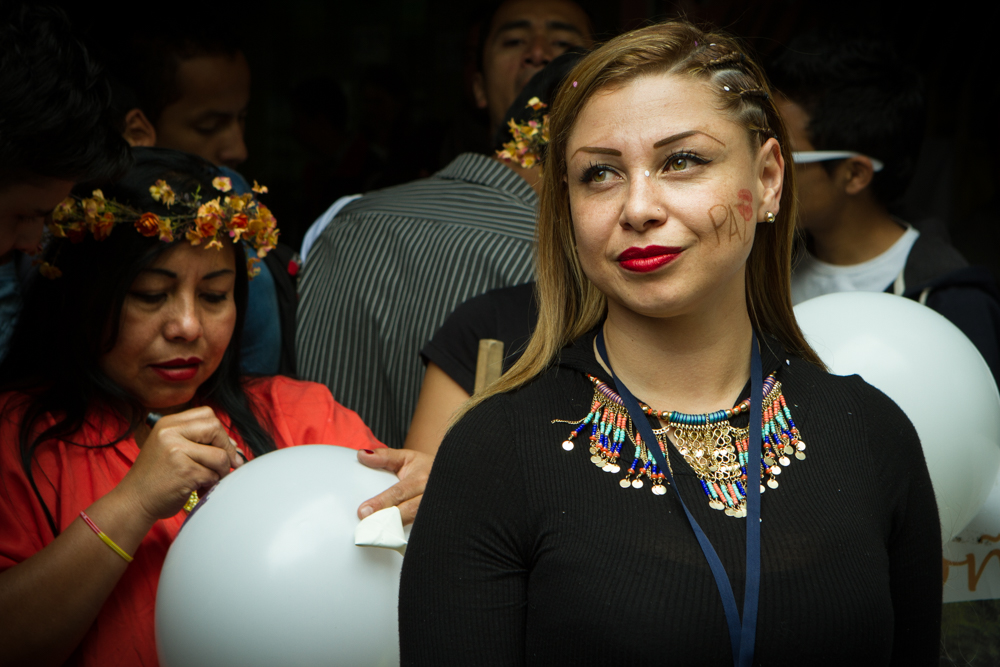 Some of the people present had teary eyes and others hugged and shared white flowers with strangers. They were surrounding a flat-screen that was broadcasting images from Havana, Cuba. 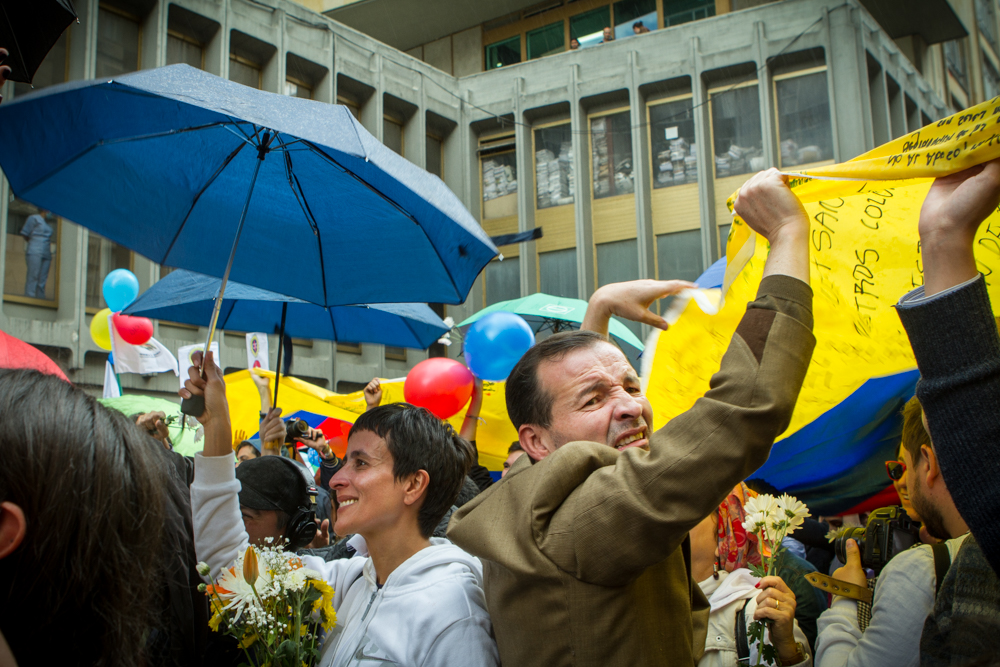 Colombia’s government and the country’s oldest and largest guerrilla group, the FARC, have announced that they have reached a cease-fire agreement. Although this is not the final step of the peace negotiations between both sides, it is an important announcement showing how close the country is to a final agreement.

The parties gave the news from Havana, where peace negotiations started in 2012. Today’s agreement stipulated that the FARC’s weapons will be handed to the United Nations 180 days after reaching the final accord. These arms will then be melted and re-used to construct three monuments (one in Cuba, one near the UN and one in Colombia). The exact location and details of the monuments will be determined by both the government and the FARC further on.

FARC members will gather in 23 areas (where no arms will be allowed) and eight camps (where arms will be allowed) for six months after the final accord is reached. These areas will be monitored by UN missions, and they will be surrounded by a number of
“verificadores” (or “checkers” from the U.N., the government and the FARC) who will make sure all parties are respecting the peace agreements and will protect the areas from possible threats from new paramilitary groups.

Finally, today’s announcement also mentioned that a new special unit at the country’s general attorney’s office will be created to fight criminal organizations (like the paramilitary ones), with the help of the police. 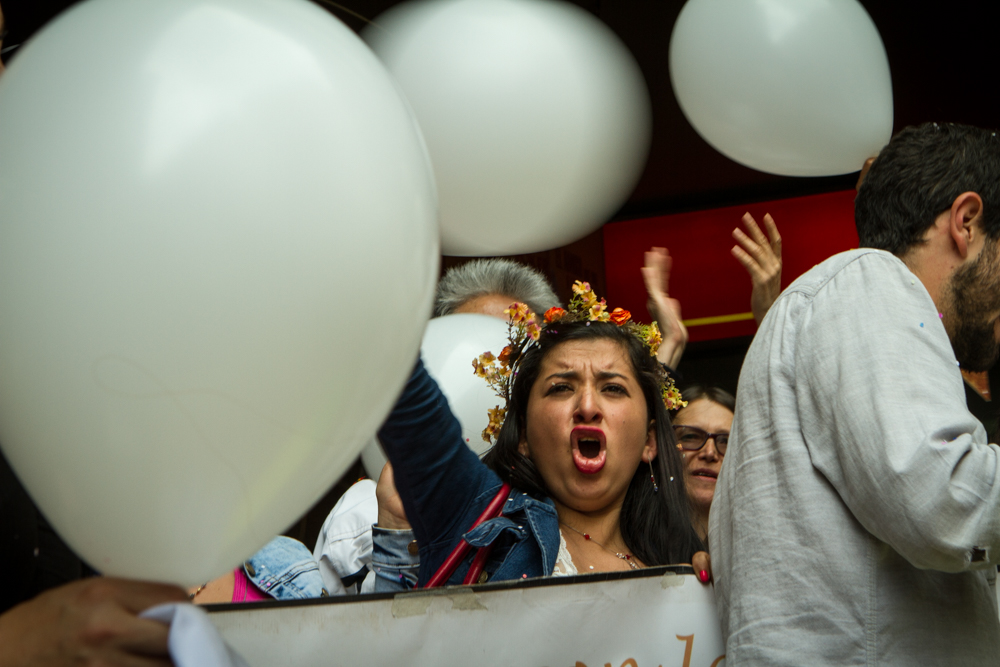 After explaining today’s agreement, Cubaan President Raúl Castro, U.N. Secretary General Ban-Ki Moon, FARC leader Timoleón Jiménez and Colombian President Juan Manuel Santos each gave emotional speeches. “May this be the last day of war,” said Jiménez at the beginning and the end of his speech. “There is no going back from the peace process,” said Castro. “We are very close to the final agreement that we will sign in Colombia,” affirmed Santos.

Still, much remains to be done. This is the closest Colombia has come to silencing guns and ending a conflict that has taken thousands of civilian lives. On the floor of Bogotá’s downtown event, a few black-and-white photos were scattered on the floor with the names of disappeared victims during the armed conflict. “45,000 disappeared in Colombia,” reads a sign next to the photos. “Never again!” 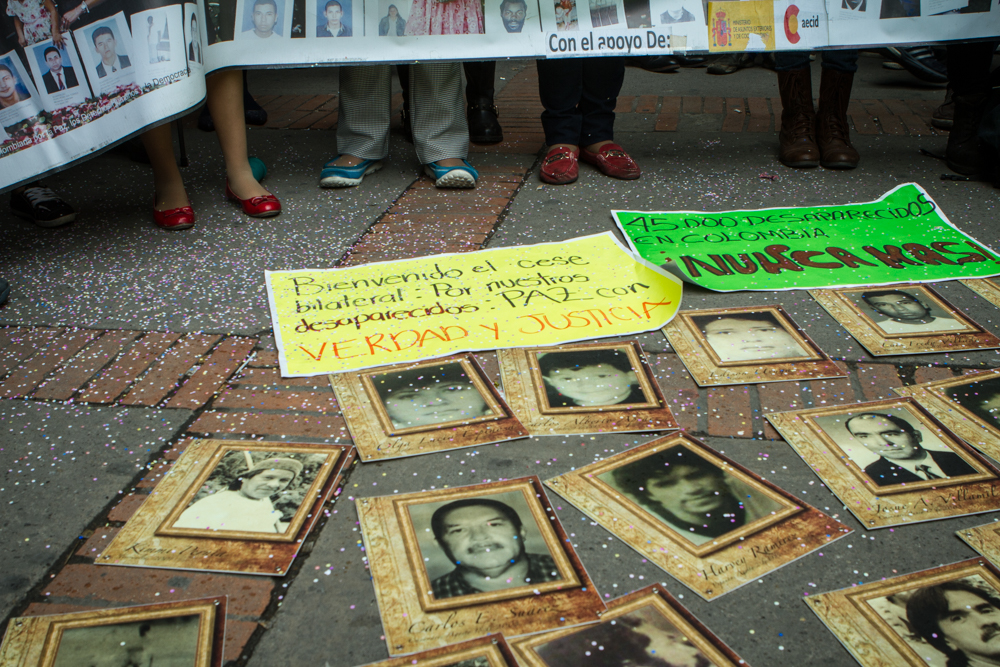 All photos by Hanna Wallis

Camila is a Colombian reporter based in New York City. She has published her work in The New Republic, WNYC, PRI, the Colombian website La Silla Vacía, among others. She is currently checking facts at The New Yorker.

Report of a Gang-Rape in Rio de Janeiro Shocks Brazil