Damage from the earthquake in Santiago, Chile. 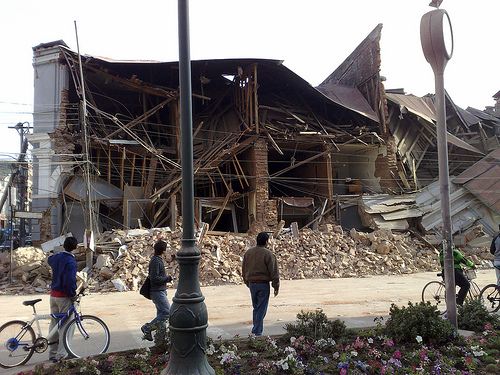 “We’ll be here to help when others leave,” Clinton said, “because we are committed to this partnership and this friendship with Chile.”

Clinton’s visit comes as President Bachelet faces criticism that her administration did not react fast enough in the immediate aftermath of the earthquake nor ask for foreign assistance as quickly as it should.

Tens of thousands of people remain homeless and there is widespread looting in the cities and towns most effected by the earthquake, including Concepción. There are now 14,000 Chilean troops in the region to quell looting and prevent violence.

On the issue of the cost of recovery, Bachelet said she does not have an exact number, but some projections range around $30 billion.