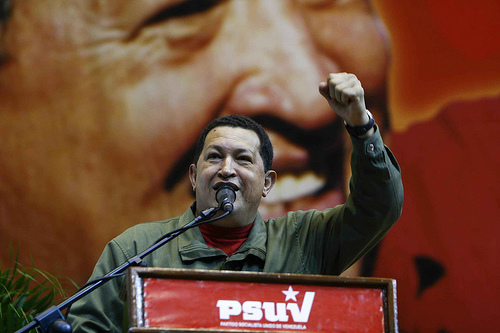 Chávez’s United Socialist Party of Venezuela (PSUV) won at least 96 of the 165 seats in the National Assembly, with the opposition coalition winning at least 61 seats. The remaining eight seats Sunday either went to a small splinter party or had not yet been determined, according to National Electoral Council president Tibisay Lucena.

“We have to keep strengthening the (socialist) Revolution!! A new victory for the people. I congratulate everyone,” Chávez wrote on his Twitter account, according to AFP.

The fact that Chávez was unable to maintain the two-thirds majority in the National Assembly could be seen as an early referendum on his performance two years before presidential elections, when he hopes to win his third, six-year term.

Chávez’s approval rating has dropped recently, although he still remains the country’s most popular politician, and he has a strong grasp over all of Venezuela’s institutions.