NEW YORK— Immigration has become a divisive topic in the upcoming mid-term elections, prompting speculation that the slow pace of proposed immigration reform legislation has disillusioned Hispanics enough to make them reconsider voting.

But regardless of the outcome in the midterm elections, the panic induced by the possibility of Latinos not voting reveals how the Latino voice has grown in importance.

“Latinos are listening and need to be taken seriously,” Guadalupe said by phone. She added that NALEO is encouraging Latinos to “go vote, and show the White House and Congress that we need to be paid attention to.”

Immigration has become a sore spot for the Obama administration. In 2008 President Barack Obama promised to make immigration reform a top priority. At the 2008 Democratic Convention, he inspired Latinos across the nation, when he said “passions fly on immigration, but I don’t know anyone who benefits when a mother is separated from her infant child.”

“We get overpromised all the time,” said New York City Councilwoman Melissa Mark-Viverito. 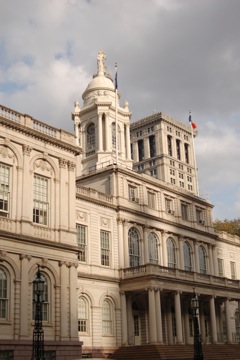 Immigration is a political flashpoint, but according to the Pew Hispanic Center, a nonpartisan research organization focused on the Latino population in the United States, recent polls show that Latinos are more concerned with other issues.

The Pew report also reflects a lack of Latino voter engagement. Only 32 percent of registered Latino voters have seriously considered the mid-term elections, contrasted with 50 percent of all voters.

The passing of Arizona’s controversial immigration law SB 1070—which requires people in the state to carry citizenship documentation at all times—and the possibility of similar legislation in other states, has made the potential absence of Latino voters worrisome to immigration reform proponents.

In contrast, NALEO reports different numbers. “Our polls show that an overwhelming majority have every intention of voting,” Guadalupe of NALEO said.

“Riled,” “restless,” and “ready”—these are the words used by NALEO to describe Latinos in the coming election. In a report published in July 2010, polls show that 6.5 million Latinos in the United States plan to vote.

One explanation for the disparities in these polls could be different motives for the research they present. The Pew report’s sample included registered Latino voters, as well as those not registered, giving a broad look at Latino public opinion regarding the upcoming elections.

NALEO polled registered Latino voters in California, Colorado, Florida, and Texas—states with senatorial or gubernatorial races classified as “open” or “competitive.” The NALEO report, therefore, focuses primarily on states where the Latino vote will make the largest impact.

The Pew Hispanic Center reports that 51 percent said they are absolutely certain they will vote. NALEO, in contrast, reports that 61 percent of voters said they definitely will. Together, these reports—however different—present statistics comparable to those in the 2008 presidential primaries, where 56 percent of Latinos voted.

As the number of Latino elected officials in the United States continues to increase, so too will emphasis on issues important to the Latino community.

Jerry Gonzalez of the Georgia Association of Latino Elected Officials confirmed a nationwide increase in Latinos holding public office.
“With the demographic changes that are taking place, and the upcoming release of the U.S. census, focus on the wellbeing and advancement of the Latino community will increase. There will be a need for more Latino elected officials to meet the needs of the growing community,” Gonzalez said by phone.

While there are more Hispanics in public office, but the number of Hispanic women elected officials has not increased. “We’ve definitely seen a uptick, with more Latinas entering the pipeline. But the success rate is not increasing,” said Helen Torres, executive director of Hispanas Organized for Political Equality.

The pathways to public office for Latinos have changed substantially in the last decade, with Supreme Court Justice Sonya Sotomayor serving as an extraordinary example. Numerous experts in Latino electoral politics identified Justice Sotomayor as an important role model for Latinos, an example of what is attainable.

“When you look at her background, that she was born and raised in the Bronx, has a working class background, and has gotten so far—it’s very inspiring,” said Coucilwoman Mark-Viverito.

Von Diaz is a native of Puerto Rico and spent most of her life in Atlanta, GA. Von is a graduate of Agnes Scott College, where she earned a B.A. in Women’s Studies and focused her research on women in Latin America and the developing world. She has worked in community advocacy and communications for a variety of nonprofit organizations focused on women and children. She now holds a dual M.A. in journalism and Latin American and Caribbean studies at New York University.

Man I used to love Obama and his party, even I bought his poster and was for long time on the wall. But since his party has sent me home, keeping me away from my 2 y.o. daughter, I’m done with all this crap.
Again, they lied to me first time- shame on them, but if I let them lie to me second time- would be shame on me. That’s why I don’t believe on Obama anymore- just tired of lip service, and no action. If I could tell to all of latinos- in the Immigration jail, we were treated as terrorist- no food, no telephones, no access to attorney- and I’m not a criminal, I’m with M.D. degree came from Europe as a political asylee, please on behalf of all of the 350 thousand people who Obama has deported ( a record in the US history,… ever) …DO NOT LET THEM FOOL YOU, THEY NEED YOUR VOTE SO THEY CAN LIVE A HAPPY LIFE, WHILE OUR CHILDREN WILL SPEND CHRISTMAS WITH NO DADDY AND GIFTS. @#$% with them!
I have no respect for him, neither for his party!…PERIOD!!!!

Which party controls Congress? that your White House? The answer reveals the actual “balance of power” between the 2 branches of government who have elected officials. Contrary that will popular belief, most of times in modern political history Congress and the President have been from odds; that is, a similar political party has not necessarily typically controlled the bright House, the Senate, plus the House of Representatives. Only 10 times since 1945 have both branches of Congress as well as Presidency been controlled by same party.