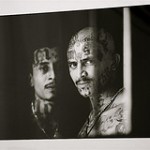 Top Story — A court in El Salvador sentenced 10 gang members and a police officer to lengthy prison terms for the 2009 killing of a French filmmaker, who made a documentary about a gang in the country.

The court announced late Wednesday that it had sentenced Jose Melara of the Mara 18 gang to 30 years for ordering the killing of Christian Poveda, whose documentary “La Vida Loca” was about the group’s violent daily activities. Two other gang members were sentenced to 20 years, one for shooting Poveda and another for acting as a lookout.

Seven other Mara 18 members were given four years for covering up the killing, as was former policeman Juan Napoleon Espinoza who was convicted as an accessory to the crime.

“The conviction of 11 men in the murder of Poveda sends an important message that impunity in crimes against journalists will not be tolerated,” said Carlos Lauría, the senior program coordinator for the Americas for the Committee to Protect Journalists.

Poveda was a 52-year-old Frenchman of Spanish descent, who lived with gang members for 18 months and videotaped brutal killings, rites of initiation, and the judicial system’s ineffectiveness in combating gangs. Police in El Salvador found Poveda’s body on September 2, 2009, laid out near his car on a road in the town of Tonacatepeque, about 10 miles from San Salvador.

He had previously received death threats from gang members angry about his film.

Hillary Clinton In Haiti To Discuss Elections And Cholera Outbreak