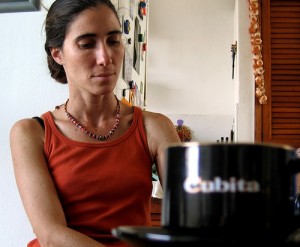 An American professor studying blogging and micro-businesses in Cuba says he was told by Cuban government officials that he cannot return to the island nation where his research is based.

Ted Henken, chair of the Department of Black and Hispanic Studies for Baruch College at the City University of New York, describes in his blog “El Yuma” how he was monitored by government agents while conducting interviews with over 40 Cuban bloggers of diverse political ideologies from April 15-27. Upon his departure from José Martí International Airport, Henken says he was detained and interrogated by airport officials before being told that he had just concluded his last trip to Cuba and was not welcome to return.

Henken, who has made more than fifteen trips to Cuba since 1997 and published numerous articles on Cuban culture and politics, says that he traveled to Cuba using a tourist visa and didn’t obtain permission from the Cuban government to conduct interviews. Academic researchers conducting investigations in Cuba can be granted general licenses from the U.S. Department of the Treasury’s Office of Foreign Assets Control (OFAC), which most recently amended restrictions regulating travel to Cuba in January 2011. However, researchers must also secure a specific visa from the Cuban government, a process that Henken says would have led to “endless bureaucratic obstacles”.

“A long time ago, I realized that if you really want to achieve something in Cuba, it is better to ask for forgiveness afterward than permission beforehand,” Henken wrote in his blog. He did, however, obtain consent from all of his interview subjects to publish their words and photographs, and regularly updated his blog with observations from his twelve-day research trip.

Henken believes that his research in Cuba drew particular attention because he made an effort to reach out to bloggers like Yoani Sánchez who have been vilified on Cuban state-run television for their critical examination of life under the Castro government. Henken says he sought discussion with blogging communities that showcased a variety of political perspectives, including Bloggers Cuba, La Joven Cuba, Havana Times and Voces Cubanas. According to the Committee to Protect Journalists, Cuba has the lowest rate of Internet access in the Americas, with private Internet access largely restricted by law.

“Only a small fraction of the population is permitted to use the Internet at home, with the vast majority required to use state-controlled access points with identity checks, heavy surveillance, and restrictions on access to non-Cuban sites,” according to the CPJ.

The Cuban Interests Section in Washington, D.C. could not be reached for comment on Henken’s case.