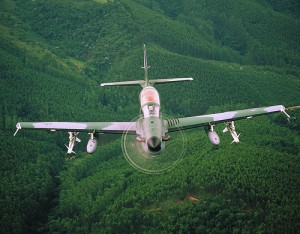 The Honduran military announced earlier this week that it would now be patrolling rural regions in an effort to bump up security in the country with the highest homicide rate in the Western Hemisphere.

Soldiers will be dispatched to patrol regions of the country where there are high levels of drug trafficking and contract killings. The head of Honduras’ joint chief of staff, Gen. René Osorio Canales, did not give specifics on which groups the army would target, but when asked to identify particulars he said “we all know.”

There are high levels of violence related to organized crime throughout Honduras, but especially in the departments of Colón, Gracias a Dios, Yoro, Olancho, Cortés, Atlántida, Copán and Francisco Morazán.

In more urban settings, the national police force’s main goal will be to combat street gangs who charge taxes to cab drivers, buses and retail outlets without any authority to do so.

To carry out these missions, the Honduran armed forces will have at its disposal four Super Tucano aircraft from Brazil. These small turboprop planes, meant for light attack and counter-insurgency missions, will be mainly used to intercept drug trafficking operations.

The Honduran Navy and coast guard will also use several speedboats to fight organized crime and the military hopes to buy more four-wheel drive vehicles to access hard-to-reach rural regions.

Money to purchase this equipment and carry out the surge comes from the “security tax” levied on businesses by the Honduran government. The idea for the tax came after former Colombian President Álvaro Uribe, speaking at an event called “Honduras Is Open for Business” at the beginning of May, explained that his nation’s businesspeople agreed to pay a security charge.

The president of the Honduran Private Enterprise Council (Cohep), Santiago Ruiz, said businesses agreed to pay around 80 million dollars, to be distributed among law-enforcement and military operations.

Besides Honduras, Salvadoran President Mauricio Funes is also trying to undertake a similar initiative to finance his policies against organized crime and criminality.

Honduras has been hit by a wave of increasing violence in recent years, both related to the 2009 coup and to drug traffickers operating throughout Central America. One group targeted frequently in the rising violence is journalists.

On Monday night a veteran radio and television journalist was shot to death in front of his home in the Atlantic coast city of La Ceiba. At least 20 journalists and media workers have been killed violently in Honduras since November 2003 and few of the cases have been resolved.

[…] drug lord El Chapo, is one of the most corrupt areas in the region.  The military has started to patrol the northern regions associated with drug violence but many concerns continue to increase as we see the line fading away […]