Mexican Poet-Activist Javier Sicilia during the "Caravan For Peace." 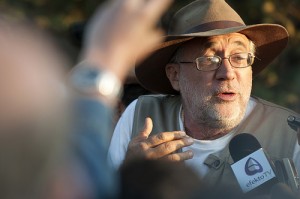 Mexican Poet-Activist Javier Sicilia during the "Caravan For Peace."

Mexican President Felipe Calderón agreed to meet with the poet-turned-activist who recently led a high profile march through Mexico to protest the violence related to the country’s ongoing drug war.

Mexico’s interior ministry announced that Calderón  and some members from his cabinet will meet with poet Javier Sicilia on Thursday.

Sicilia has become the face of Mexico’s anti-violence movement since his son was tortured and killed by alleged drug cartel members. Since the killing he has led three mass demonstrations and convinced some 200 organizations and personalities to sign a national pact protesting against the military strategy of fighting the cartels.

Two weeks ago Sicilia’s “Caravan of Peace” ended its nearly 3,000 km march in Ciudad Juárez, Mexico’s most violent city, where he unveiled his declaration.

While Sicilia has criticized the Calderón administration for many of its tactics in fighting the cartels, he did praise Mexican police last month when they announced that they had apprehended the alleged ringleader of the drug gang that killed his son and six others. Sicilia still vowed to continue protesting the military offensive.

Since 2006, when Calderón began the military battle against organized crime almost 40,000 people have been killed and thousands more disappeared.

On Monday, police in the southwestern state of Michoacan found five bodies along a road, all of which had been bound and shot dead, with warnings affixed to the corpses addressed to a notorious drug gang. These killings followed a bloody weekend when at least 22 people died throughout Mexico during a string of attacks, including a shooting at a bar in Monterrey. 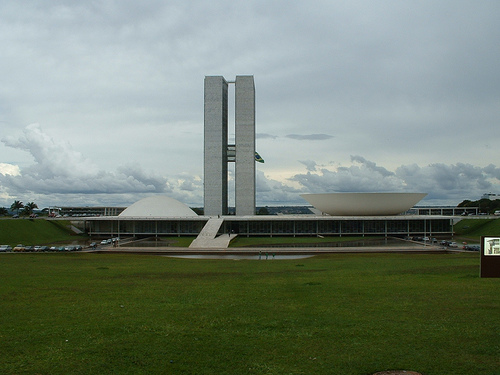