New York, NY — On Feb. 1, the United Nations kicked off the 2019 Year of Indigenous Languages at the United Nations Headquarters in New York. The year aims to combat the impending extinction of the world’s linguistic biodiversity — and not only for the benefit of those who speak these languages, but for humanity at large.

UNESCO lists development, good governance, peacebuilding and reconciliation as four sustainable development goals that depend on the protection of Indigenous languages. At the general assembly high-level event on Friday, Indigenous leaders from around the world emphasized the urgent value of Indigenous knowledge within the context of the 21st century, especially in the face of climate change.

“Jallalla, Bolivia!” Bolivian President Evo Morales said, a celebratory phrase common to Aymara and Quechua speakers in Bolivia that roughly translates to “long live Bolivia!”. Morales gave the keynote address and started by speaking a few phrases in Aymara and Quechua, the two most commonly spoken Indigenous languages in Bolivia.

“A loss of a language is a loss of the way of seeing the world,” Morales said. “It is a shrinking of world knowledge.”

Throughout his speech, Morales emphasized the knowledge that Indigenous Peoples can offer the world, especially in times of environmental crisis. “Modernity has no answers to the problems of the 21st century,” he said. “Capitalist plundering is not an answer. We, as Indigenous Peoples, can be the response.”

Gabriel Cisneros, Ecuador’s Vice Minister of Culture and Heritage, echoed Morales’ sentiments. “In this room, there is something that binds us together: the desire to defend life,” he said. “The protection of Indigenous languages is the fundamental struggle in the protection of life itself.”

Grand Chief Akile Ch’oh of the Tl’azt’en Nation in Northwestern Canada spoke for the First Nations peoples of North America. “Species are at risk. Animals and plants,” he said. “We are urging the world to consider the connection between the world’s delicate ecosystems and Indigenous languages.”

Aili Keskitalo, President of the Sami Parliament in Norway, likewise warned against the loss of knowledge that would come with the extinction of Indigenous languages. “Like biological diversity, linguistic and cultural diversity are advantages in themselves,” she said. “They are interconnected and promote creativity and innovation.” 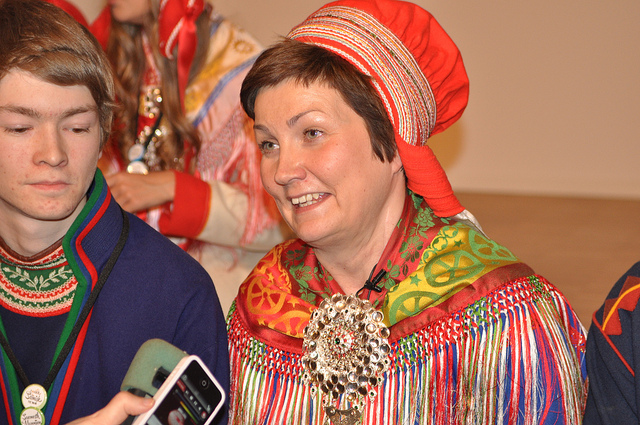 Aili Keskitalo, president of the Sami parliament in Norway, shown in November 2013, spoke at the launch of the 2019 Year of Indigenous Languages at the United Nations Headquarters in New York Feb. 1, 2019. (Photo by Sámediggi Sametinget via Flickr)

The international year is not intended to simply raise awareness, but also to encourage state policy change across the globe. María Fernanda Espinosa, the president of the General Assembly, said state-level debates need to address issues such as racism, assimilation, Indigenous education and the protection of Indigenous territories.

At the launch event, Indigenous leaders shared how their states are responding to the crisis of Indigenous language extinction. Morales emphasized the importance of the legal recognition of Indigenous rights.

Though the United Nations is devoting one year to the protection of Indigenous languages, some attendees questioned whether that was enough.

“In Ecuador, we have raised the idea of a decade devoted to affirmative action for Indigenous education,” Cisneros said. His words were met with cheers from the general assembly.

Speakers also stressed that infrastructure, especially in the form of language legislation and Indigenous education policies, can be a mechanism for reversing linguistic extinction.

“Our languages are like sinews that connect us to our heritage and to our ancestors,” said Keskitalo, speaking for the Sami Nation of Norway. “They may tear, but they can also be mended back together with love and care, and lots of infrastructural support.”

Espinosa emphasized the importance of centering Indigenous voices in these initiatives.

Ernesto Ottone Ramírez, assistant director-general for culture of UNESCO, said that Indigenous languages, often thought of as relics from the past, are also crucial in combating contemporary issues, such as climate change. In November 2019, UNESCO plans to launch a new online platform that will serve as a digital Indigenous language atlas.

Towards the end of his speech, Morales highlighted the irony of holding an event to promote Indigenous languages in the UN Headquarters. Indeed, many question how effectively an international body like the United Nations can truly represent Indigenous voices, a topic up for debate amongst Indigenous Peoples and activists.

“This is a space where attempts to make Indigenous Peoples disappear were made, by violence and invasions,” Morales said. “Nevertheless, we have survived the attempts to squash our brothers and sisters, the attempts to bring them to their knees.”

As the morning of speeches came to a close, Espinosa acknowledged that preserving and revitalizing Indigenous languages across the globe will be no easy task. Nevertheless, she stressed that it is an urgent priority for the United Nations.

“The world’s cultural, social, and biological diversity depend on it,” Espinosa said.

Click here to see how you can become involved in the 2019 International Year of Indigenous Languages, as an individual or as an organization. Students and researchers—and especially Indigenous researchers—are also encouraged to submit original research related to the year. The call for papers submissions deadline is Mar. 1, 2019.

Jacquelyn is currently a Foreign Language Area Studies Fellow at New York University, where she is studying Quechua and pursuing a masters degree in Latin American Studies and Journalism. Her research focuses on contemporary social change in Bolivia and Peru, with an emphasis on transitional justice and initiatives for well-being and resilience in Andean communities. In 2016 she filmed and produced a documentary about families fighting for reconciliation in a post-dictatorship Bolivian society. 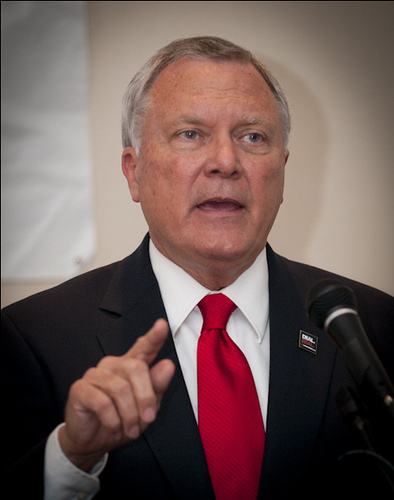 The Dam that (Almost) Brought Down Paraguay’s President