PUERTO RICO: Puerto Rico local legislator Néstor Alonso was arrested under corruption charges on Thursday after winning a re-election on Tuesday. He faces nine charges, including federal money theft and receiving kickbacks. Alonso is accused of more than doubling the salary of an employee and demanding half in return. He pocketed at least $40,000 from 2018, according to officials. Member of the pro-statehood New Progressive Party (PNP), Alonso is the third local legislator this year to face corruption allegations. Alonso has served the House of Representatives since 2016, and was the first blind person elected for that position. Head of PNP, Pedro Pierluisi, who is now leading the governor’s race, asked Alonso to resign immediately on the same day, tweeting that in his government “there will not be space nor tolerance for corruption.” Alonso pleaded not guilty.

CHILE: Chile has gotten the green light to begin clinical trials for a COVID-19 vaccine by British pharmaceutical company AstraZeneca, President Sebastián Piñera announced on Wednesday. Chile has reserved 14.4 million doses of the AstraZeneca vaccine, which the company is developing with the University of Oxford. However, it paused the trial it was running in the United States in September due to a report of a serious neurological illness in the United Kingdom trial.

PERU: Newly found human remains in the Andes highlands challenge the notion that only men were hunters and only women were gatherers, The New York Times reported. Archeologists found a 9,000-year-old skeleton of a young woman who was apparently a “big game hunter.”  Dr. Randy Haas, an archaeologist at the University of California, Davis, said that the findings support a larger claim that “early females in the Americas were big game hunters.”

DOMINICAN REPUBLIC: The Dominican Public Ministry began the formal accusation of the six Dominicans involved in the Odebrecht case, which involved a bribery of $92 million that the Brazilian construction conglomerate Odebrecht paid in the country. The court judges rejected the arguments brought forward by the lawyers of the accused, including a postponement due to the court’s failure to comply with coronavirus guidelines. The accused include businessman Ángel Rondón, ex-President of the Modern Revolutionary Party (PRN) Andrés Bautista, ex-Senator Tommy Galán, ex-Director of National Institute of Drinkable Water and Sewers (Inapa) Roberto Rodríguez and other politicians.

PANAMA: President Laurentino Cortizo and Minister of Culture Carlos Aguilar ratified the General Law of Culture this Tuesday, which the government describes as “the most advanced of America.” Cortizo indicated that cultural regulations are valuable instruments for states and modern societies to develop cultural policies that allow the citizens’ rights to know and practice expressions of different cultural diversity. The legislation examines aspects like “digital culture” and “creative economies” and “settles a historic debt with ourselves, our origin and public and private cultural agents who are in charge of guarding, generating and disseminating expressions of nationality”. Cortizo also congratulated the winner of the logotype for the Bicentennial of the Republic celebration next year, Alberto Weand Ortiz.

COSTA RICA: Costa Rica’s National Emergency Commission (CNE) issued red alerts on Wednesday for its five cantons due to flooding and landslides caused by Hurricane Eta, now weakened to a tropical depression. Damaged infrastructure include 15 national or local roads, three bridges and the Caño Seco river dam. The CNE reported that 1,361 people have been evacuated. As of Thursday morning, 19 communities were inaccessible from landslides and collapsed bridges while some communities were left without electricity.

UNITED STATES: The state of Arizona has been flipped for the first time in decades, mainly by votes cast by Mexican Americans. Latinos make up around 23.6% of eligible voters in the state, and around a third of the residents in Maricopa County are Latino or Hispanic. Since the last presidential election, twice as many voters in the county have registered as Democrat rather than Republican. According to Joseph García, the director of public policy for Chicanos Por La Causa, an estimated 100,000 Latino voters have come of age since the 2018 midterm election. Support for the two candidates was split among white voters, with 47% for President Donald Trump and 51% for former Vice President Joe Biden.

MEXICO: Authorities in Villahermosa, Tabasco, announced that around 57,000 people had been affected by floods that occurred in the past couple of days. Authorities also reported that one person died and one disappeared. The floods have affected around 370 communities, and were caused by the rivers Pichualo, La Sierra, Tulijá, Puxca­tán and Grijalva being overflown.

MEXICO: Workers abroad sent home US $3.56 billion in remittances in September to Mexico, the highest amount ever recorded for that month and the third since records of remittances began in 1995. A total of $29.96 billion flowed into Mexico in remittances before September 2020, despite the effects the coronavirus has caused in the country. According to the Bank of Mexico, the average remittance sent home to Mexicans last month was $346, the highest since October 2008. Around 1.8 million families in Mexico regularly receive remittances from abroad, and the money is put back into the local economy. 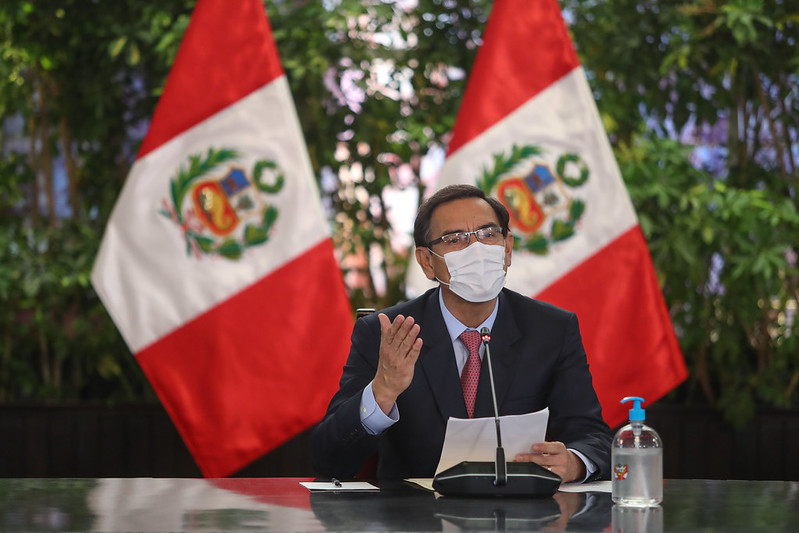 Honduras: Wife Of Ousted President Zelaya To Run In 2013