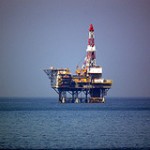 All of the 95 workers on the Aban Pearl platform were rescued by a Venezuelan navy frigate around 2:20 a.m. and the sinking poses no threat to the environment, Ramírez said.

“To my sorrow, I inform you that the Aban Pearl gas platform sank moments ago. The good news is that 95 workers are safe.” President Hugo Chávez said on his Twitter page.

Ramírez announced an investigation into the platform’s sinking and said that the collapse happened “too fast,” given that it took only three hours between the detection of the first technical failure and the sinking of the Aban Pearl platform.

Around midnight the system failure occurred and the platform soon began to tilt due to an apparent fault with the flotation system.

According to Venezuela’s national oil company PDVSA, the gas well was immediately sealed and all safety valves activated before any leaking could occur.

Brazil, Turkey and Iran May Have Reached Agreement on Nuclear Program