Group E is one of those great groups that draws teams from around the globe. Representing Europe, Scandanvia, Asia and Africa, this group promises to have some excellent first round matches. Netherlands is the clear favorite to win the group (and maybe the whole World Cup), but Denmark should not be overlooked. The Danes played solid soccer throughout qualifying and don’t give up many goals. Japan has fielded one its best teams ever, with a squad that features players that have some good experience playing in Europe. Cameroon has been up and down throughout qualifying, but their new coach, Paul Le Guen, has brought in some young talent and hopes to change the Lions’ luck. 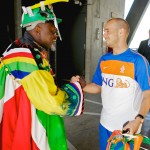 Strengths: The Netherlands are a potential favorite to win the whole World Cup. They are strong all around, have tons of talent with experience playing at the highest levels and work well together as a unit. The team’s midfield and forwards really set them apart from other teams, especially Arsenal winger Robin Van Persie and Bayern Munich’s Mark Van Bommel.

Weaknesses: Their defense, both backs and goalie, may not be enough to carry Netherlands all the way. Goalie Maarten Stekelenburg of Ajax is good but not great and the Dutch defense will need to help keep him out of trouble.

Player to Watch: Inter Milan’s Wesley Sneijder is looking to keep the good times rolling, after his club team won the Champions League final. He is a playmaker in the truest sense of the word and will prove to be an invaluable asset to the Dutch national team in South Africa. 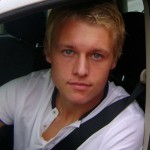 Strengths: Going seven out of ten qualifying games with clean sheets and beating Portugal and Sweden with a squad of players that are not too well known, Denmark could be the dark horse of the tournament. They’ve also got a fantastic defense, who helped them keep other teams scoreless, thanks in large part to Christian Poulsen of Juventus and Daniel Agger of Liverpool.

Weaknesses: While they’re defensively strong, the Danes dotn’t have much in offensive force besides Arsenal forward Nicklas Bendtner.  This puts a lot of pressure on the young player and also makes Denmark a pretty boring team to watch on the pitch.

Player to Watch: Palermo’s Simon Kjaer is coming into his own and is proving to be one of the best defenders in the world. He’s recovering from a slight knee injury, but is expected to be healthy enough for activity in South Africa. 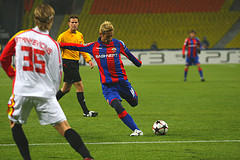 Strengths: Japan has fielded a team for 2010 that is creative, skilled and can string plays together. They don’t give up possession very easily and also feature more players that have experience in the European leagues than in previous years. Homegrown talent however is what drives Japan, especially in the form of Shunsuke Nakmura.

Weaknesses: The team’s size could hinder them when it comes to playing physically and vying for headers. Also, Japan can at times be its own worst enemy, such as the team’s 2-1 lose in a  warm-up match with England where Tulio Tanaka scored every goal for Japan and England.

Player to Watch: Keisuke Honda, who plays alongside Serbia’s Milos Krasic on CSKA Moscow, surprised a lot of people with his play on Moscow and has a lot of gain from playing well in South Africa. 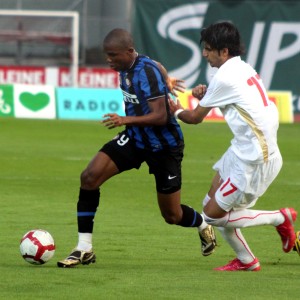 Weaknesses: The Lions have had their fair share of problems in the run-up to South Africa and while new coach Paul Le Guen has helped settle things down, it is no way assured that Cameroon will gel on field during the World Cup.

Player to Watch: Undoubtedly, the star of Cameroon is Inter Milan’s Samuel Eto’o. While there has been  some criticism of his play as of recent, there is no one stronger on Cameroon. He proved he could win at Barcelona and again on Inter. Eto’o has the experience and skill that coach Le Guen will need to harness for the young team to succeed.

Featuring defending champs Italy as well as Latin American stalwarts, Paraguay, Group F should see some exciting first round action. Italy, experienced but aging, is still expected to finish atop the group thanks to players like Daniele De Rossi and Gennaro Gattuso. Paraguay is lacking a key element in the bullet-riddled Salvador Cabañas, but should be able to make it to the second round in a group that features maybe the least qualified team in the World Cup (New Zealand) and a team that gives up a ton of goals (Slovakia). 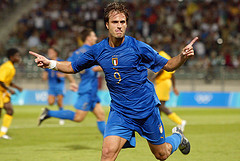 Strengths: Experience is the name of game with Italy, as many players from the team’s 2006 World Cup winning squad have returned for South Africa. AC Milan’s Andrea Pirlo and goalkeeper Gianluigi Buffon will be indespensible assets for the Italian squad. Also, Italy is a soccer playing nation so there are always high hopes in a country that  has won four World Cups.

Weaknesses: While experience is the team’s strength it could also be its liability, as coach Marcello Lippi has relyed on older players while leaving some of the country’s younger talent back on the boot. It’s a worry in Italy that the older crew will not be as quick and sharp as some of the absent, younger players. Also the slight calf injury to Pirlo could be worrisome.

Player to Watch: Italy’s top scoring threat is Alberto Gilardino of Fiorentina, who is the team’s best option when it comes to offensive firepower. Look for this Italian to have a big World Cup with some technically impressive goals. 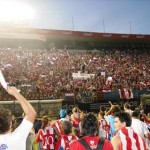 Strengths: Paraguay played amazingly well in World Cup qualifying (beating rivals Brazil and Argentina) and looks sharp coming into the tournament. They have some defensive toughness, garnering the second best defensive record in South American World Cup qualifying, which is no easy feat considering the competition. Albirroja has also shown they can compete at the international level by qualifying for the last four World Cups.

Weaknesses: The loss of Salvador Cabañas, after he was shot in the head in a Mexico City nightclub, will be tough on Paraguay, as will be their inconsistent play during the team’s World Cup warm-up matches. For the most part, the squad looked good, but a tie with Ivory Coast and a loss to Ireland don’t spell success for the Southern Cone nation.

Player to Watch: The 27-year old Oscar Cardozo could be Paraguay’s shining hope, that is if he can play in the World Cup. The Benfica striker, who scored 36 goals in club play, sustained an ankle injury in April and played the rest of his club season with the injury. However, his agent says it does not look promising that he will be on the pitch in South Africa. 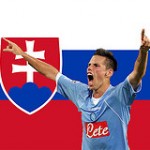 Strengths: Slovakia proved it could score and win during qualifying, where they only lost to Slovenia and led its group with a combined 22 goals. Their offensive firepower will be needed if they hope to advance past tough opponents Italy and Paraguay in Group F.

Weaknesses: While Slovakia proved it could score goals, the squad also proved it could give up goals. The team will have to put numbers on the board if they hope to win.

Player to Watch: Napoli’s Marek Hamsik is Slovakia’s offensive catalyst, who can set-up goals for teammates as well as score himself. His play in Italy has him becoming one of the best, young offensive midfielders in the game. He’s got a ton of talent to show in this year’s World Cup and will need to shine if Slovakia is to have a chance at advancing. 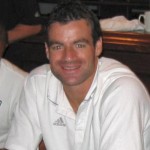 Strengths: New Zealand has it tough, but if they have anything going for them, it is that nobody expects them do anything in the World Cup, so teams might underprepare for the games against them. They did however beat a tough Serbian team in a warm-up match. They also might be the most excited team to be playing in South Africa and the relative close proximity to their homeland means that they won’t have jetlag. In any case, New Zealand will need to play almost perfect soccer if they have any chance of winning a game.

Weaknesses: The All Whites have no real talent at any position and the team’s best player, Ryan Nelsen, was the captain of the MLS team, DC United, before making it to England’s subpar Blackburn Rovers. There will most likely come a time during group play, where New Zealand could use their uniforms to signal a surrender.

Player to Watch: Ryan Nelsen will need to play above and beyond his talent level if New Zealand has any shot at winning a game during this Wolrd Cup.