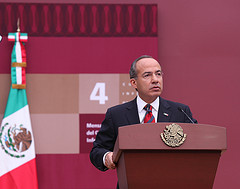 Soldiers attacked a car passing a military checkpoint, saying the car failed to stop, shooting and killing a 15-year-old boy and his father, The Miami Herald Reports. Relatives said the car had passed the convoy when the soldiers opened fire.

Mexico’s Defense Department expressed its condolences to the family and promised an investigation.

The news comes just as The Los Angeles Times reports that the Obama administration is considering a “substantial” increase in military support for Mexico, where a three-year-long drug war has claimed 28,000 lives and undermined government authority, particularly in the northern states bordering the U.S.

The U.S. currently provides Mexico with military support for anti-drug operations through a program called the Merida Initiative. But $62 million in funding has been withheld due to concern about human rights abuses.

The Obama administration said Friday it would recommend the release of $36 million in withheld funding, citing progress on human rights abuses, but State Department officials have said a separate pile of $26 million should be held until more progress has been made.

Mexico’s military and police have been tied to numerous human rights violations, including killings, arbitrary detentions, torture and rape. A 2009 report by Human Rights Watch said that abuses continue to occur in part because the military itself was responsible for investigating allegations of abuse, creating an environment that lend itself to impunity.

“The need to improve public security in Mexico is clear,” said José Miguel Vivanco of HRW, when the report was released. “But, to be effective, any strategy to address security must also deal with the rampant impunity for military abuses committed during public security operations.”

Honduras Sends Hundreds Of Soldiers To The Street In Operation Lightning 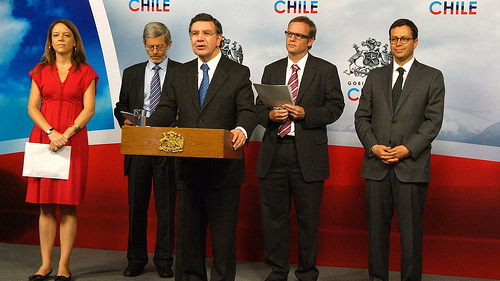 […] Soldiers opened fire on a car at a military checkpoint in Mexico on Monday, killing 2 including a 15-year old boy. Meanwhile, the U.S. is considering a substantial increase in military support to the country, a move critics say could only exacerbate the problem if the rampant corruption and abuse tied to the…. […]