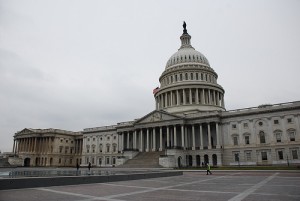 An amendment that would declassify U.S. intelligence documents about the Argentine military dictatorship lost in a vote of 214–194 on Friday, frustrating human rights groups and marking the fourth time since 2008 that such a measure has failed in U.S. Congress.

Amendment 7 to H.R. 754, sponsored by Rep. Maurice Hinchey (D-NY), would have required the Director of National Intelligence to provide information to House and Senate Intelligence panels on human rights violations that occurred in Argentina between 1976-1983.

“The United States can play a vital role in lifting the veil of secrecy that has shrouded the terrible human rights abuses of the despotic military regime that ruled Argentina,” Hinchey said in a statement. “Our intelligence community may hold the key to helping unlock some of the mysteries behind the identities of hundreds of Argentine citizens who were separated from their biological families as a result of the atrocities.”

However, House Intelligence Committee Chairman Rep. Mike Rogers (R-AL) said that the documents should remain secret because their release would “distract” U.S. spies from dismantling Al-Qaida.

Rogers’ remarks angered and offended Argentina’s Abuelas de la Plaza de Mayo, a group of mothers and grandmothers who have been seeking the whereabouts of disappeared family members for over thirty years. The organization has succeeded in locating 104 children, now grown, who were kidnapped with their parents during the military regime and raised with no knowledge of their true identities. Some 400 are still missing.

“We are very displeased with the news and the congressman’s aggressive remarks,” said Estela de Carlotta of the Asociación Abuelas de la Plaza de Mayo, one of two Abuelas groups that marches weekly in front of the Casa Rosada in Buenos Aires. “One could expect a negative answer,” said de Carlotta, “but not such an offensive opinion.”

De Carlotta said that the Abuelas would analyze their next steps on Monday with the Argentine foreign ministry. “I can’t understand how a country can proclaim itself a defender of human rights while its congress puts obstacles in the way of a grandmother reuniting with her grandchild,” said Alan Iud, a lawyer representing the group.

Previously declassified documents show that U.S. intelligence agencies supported the Argentine military regime and were fully aware of the atrocities that occurred during the period.

In 2002, a declassified State Department cable from the U.S. Embassy in Buenos Aires showed that the U.S. knew since 1978 that the bodies of a kidnapped French nun and members of the Madres de la Plaza de Mayo had been recovered on a beach in Buenos Aires province. Last week, five men believed to be responsible for the deaths were arrested in Argentina.