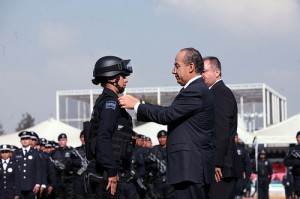 Top Story — With no official figure released for the death toll in Mexico’s drug war for the last six months, the country’s news media are beginning to speculate that the number may have already surpassed 40,000.

The government released its last figure of 34,600 drug war-related killings in January.

Since then, Mexico has experienced a slew of violence related to the drug war, including the discovery of over 300 corpses in mass graves in the northern city of Durango. A number of Mexican media outlets believe the death toll from the drug war, launched by current President Felipe Calderón in 2006, has topped 40,000.

The federal government says it will come up with a figure soon, but did not give specifics. “At some point, the appropriate update will be made,” Mexican federal security spokesman Alejandro Poiré said.

The news comes just as some of the Americas’ top policy thinkers stepped up criticism against the global war on drugs.

The Global Commission on Drug Policy presented a report Thursday in New York recommending a strategy based on decriminalization and an emphasis on reducing drug use through public health measures.

While the report criticizes a drug policy based on prosecuting users, it does recommend using the security forces to break up drug cartels like those that plague Mexico.

In related news, Mexico celebrated the “Day of the Federal Police” on Thursday, an official holiday recently decreed by Mexican President Felipe Calderón, according to El Universal.

“It’s indispensable for our society to have, as is vociferously and justly demanded, police that we can trust,” Calderón said at Thursday’s ceremony.

He accused previous administrations of allowing the police to fall prey to corruption, according to a report by the Associated Press. 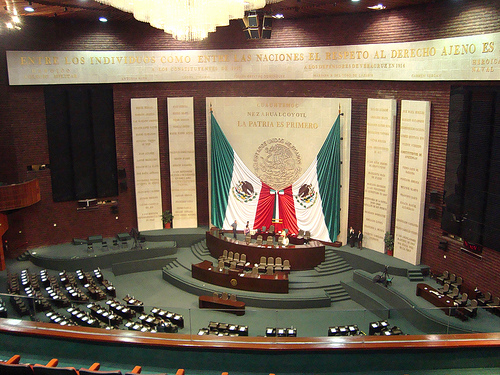 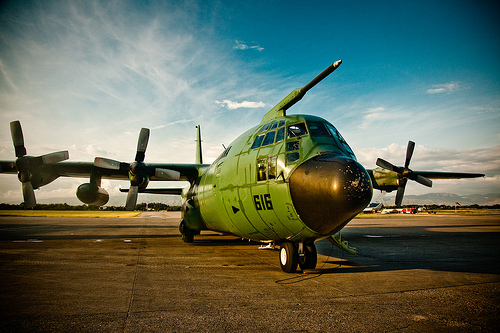 Calderon’s aggressive military offensive and his overall approach to the drug war is proving to be effective andthe high body count reflects the government taking the fight directly to the cartels.

The number of casualties are directly related to president Calderon’s aggressive anti-drug, and counter-insurgency strategies, and yet must be blamed for the unnacceptable rate of civilian deaths called collateral damage. The problem is that Calderon’s forces are limited compared to those of the cartels, whose recruitment efforts and offers are lucrative and alluring in comparison. The federal hardware and cash resources can’t match those of the cartels either. Like most conservative punitive paradigms, Calderon’s, modeled after those of Nixon, Reagan, and Bush I and II, will prove counterproductive in the long run.

Journalism: Opening of “Remember Me” Art Exhibition and Panel Discussion Recap « Trickle Down Truth says:
July 15, 2011 at 6:51 am

[…] and defense industry, it’s been catastrophic for countless communities as evidenced by the 40,000 speculated dead in the Mexican Drug War and the millions dead or in prison in the […]

US Drug Lords and the Falling Mexican Nation

Hey there just wanted to give you a quick heads up. The text in your content seem to be running off the screen in Safari. I’m not sure if this is a formatting issue or something to do with internet browser compatibility but I thought I’d post to let you know. The design look great though! Hope you get the problem solved soon. Cheers