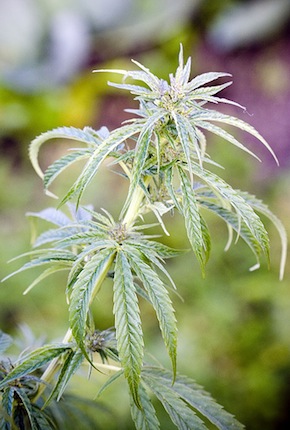 Top Story — Mexican officials said Thursday that soldiers discovered one of the largest marijuana plantations ever found in the country in the state of Baja California. The 296-acre plantation is estimated to yield 120 metric tons and be worth an estimated $160 million, according to Mexico’s Defense Ministry. Located only about 200 miles from Mexico’s border with California, the plantation was supported by a piped-in irrigation system and shielded with a large black screen. Officials did not say whether anyone was arrested when the plantation was discovered. The Mexican army claimed the field was four times the size of a notorious bust in 1984 at a ranch called “El Bufalo” in the northern state of Chihuahua, but some experts countered that “El Bufalo” was much larger, with that field coming in at 1,344 acres, according to Mexican press reports. “There’s no comparison between the two busts—El Bufalo was far bigger,” said Alberto Islas, a security expert based in Mexico City.

Hugo Chávez Heads Back To Cuba For Cancer Treatment; Delegates Some Authority