Times Square, New York. Sept. 26, 2016. The day of the signature of the original peace agreement between the Colombian government and the Revolutionary Armed Forces of Colombia (FARC). (Image: Daniela Castro)

NEW YORK—The Colombian government and the FARC rebel group signed a new and final peace deal on Nov. 24. The Congress approved the agreement last week, giving the green light to start its implementation.

The rejection of October’s referendum by Colombian voters that would end more than 50 years of war with the Revolutionary Armed Forces of Colombia (FARC), left a deeply polarized society. The victims were portrayed as the big losers as the opportunity of reaching a stable and long lasting peace seemed to vanish with the result.

But victims abroad saw it as an opportunity to improve the peace agreement, in the midst of a violence that for them has not ceased, and seek the justice that could heal a deep pain.

Mario Torres is one of thousands of victims of the armed conflict that are estimated to live abroad.

Of approximately 500,000 victims abroad, according to international NGOs figures, only 3,700 victims in exile (less than 1 percent) have been included in the Unique Victims Register (UVR), from around 6,000 requests. This state’s register compiles information from the testimonies of the victims, but only those whose registration requests are accepted can receive reparations.

Torres was a political activist back home in Palmira, a municipality in southwestern Colombia in the Valle del Cauca department, hard hit by the decades-long armed conflict. He says that there is no peace without justice.

The 6th front of the FARC killed his 70-year-old mother, two uncles, one brother and three cousins. He says that the State offers money, as an “award” for the victims that say they forgive, but he claims that there is no money that can compensate for his loss. 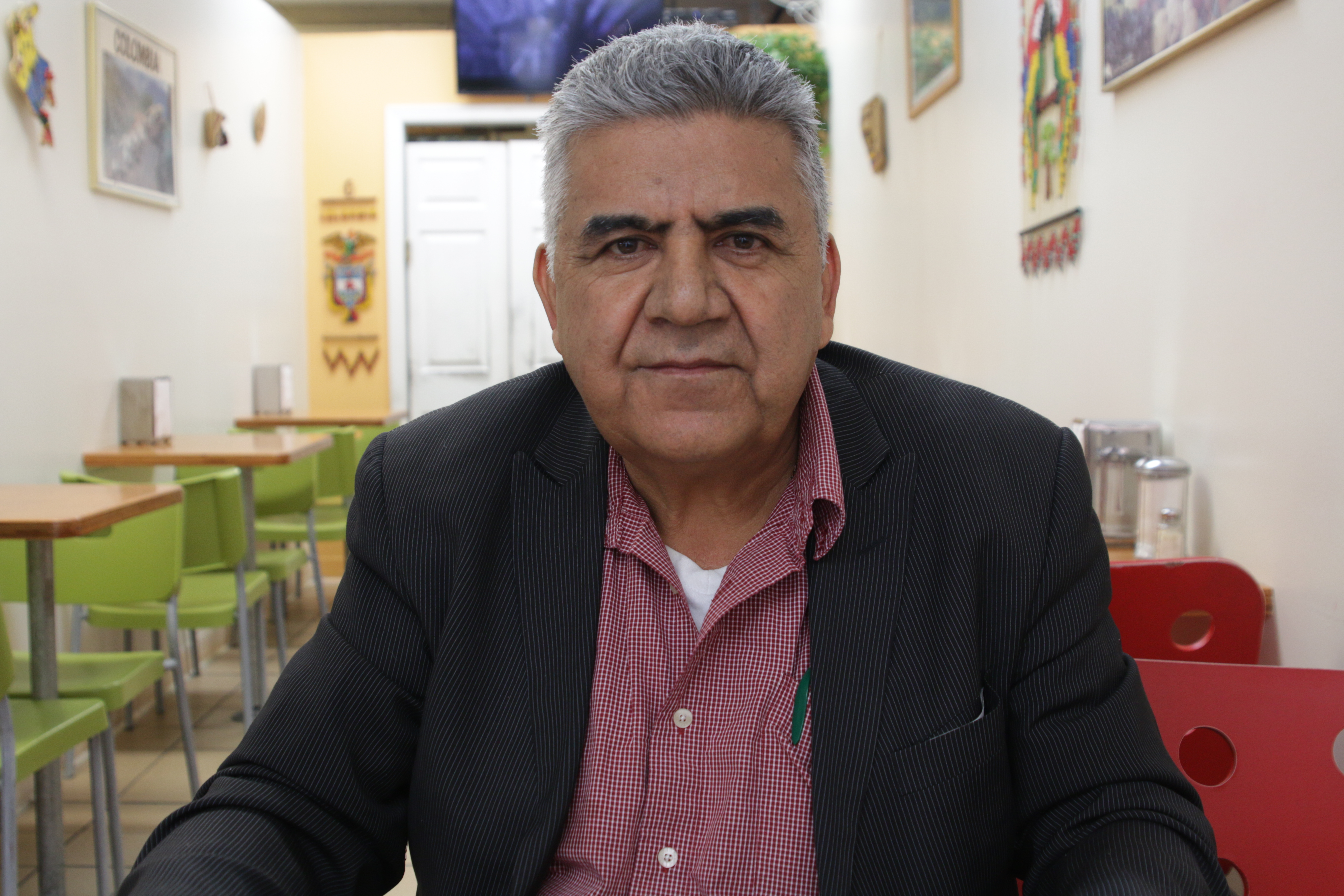 Torres’ mother was killed with five gunshots in reprisal for his work and the work of his brother, a police inspector pursuing the FARC. Torres reported the FARC’s crimes as well as those of the paramilitaries of the United Self-Defense Forces of Colombia (AUC). Mario became a military target for both sides, forcing him to leave the country 14 years ago.

He was granted political asylum in the U.S.

During the peace negotiations, the question on how justice would be implemented in a post-conflict scenario was one the most contentious. The FARC refused to be imprisoned.

After a year of discussions, one of the results was the creation of the Special Jurisdiction for Peace (JEP, for its initials in Spanish). It is a transitional justice mechanism, which will investigate and try human rights abuses and violations of international humanitarian law committed in the context of the armed conflict. Its goal is to ensure truth, justice and reparations for the victims of the conflict and guarantee the non-repetition.

But victims abroad believe that alternative sanctions and reduced sentences offered by the new JEP system – between five to eight years, with a restorative dimension for perpetrators who acknowledge their responsibility – are not a fair punishment for the crimes the FARC perpetrated.

“They have to pay for their crimes,” says Yebrail Pineda based in New York, a human rights activist of almost 10 years and who opposed the peace deal. “They have committed massacres, torture, outrageous things. They can’t be allowed to stay out of prison and leave the crimes unpunished.” 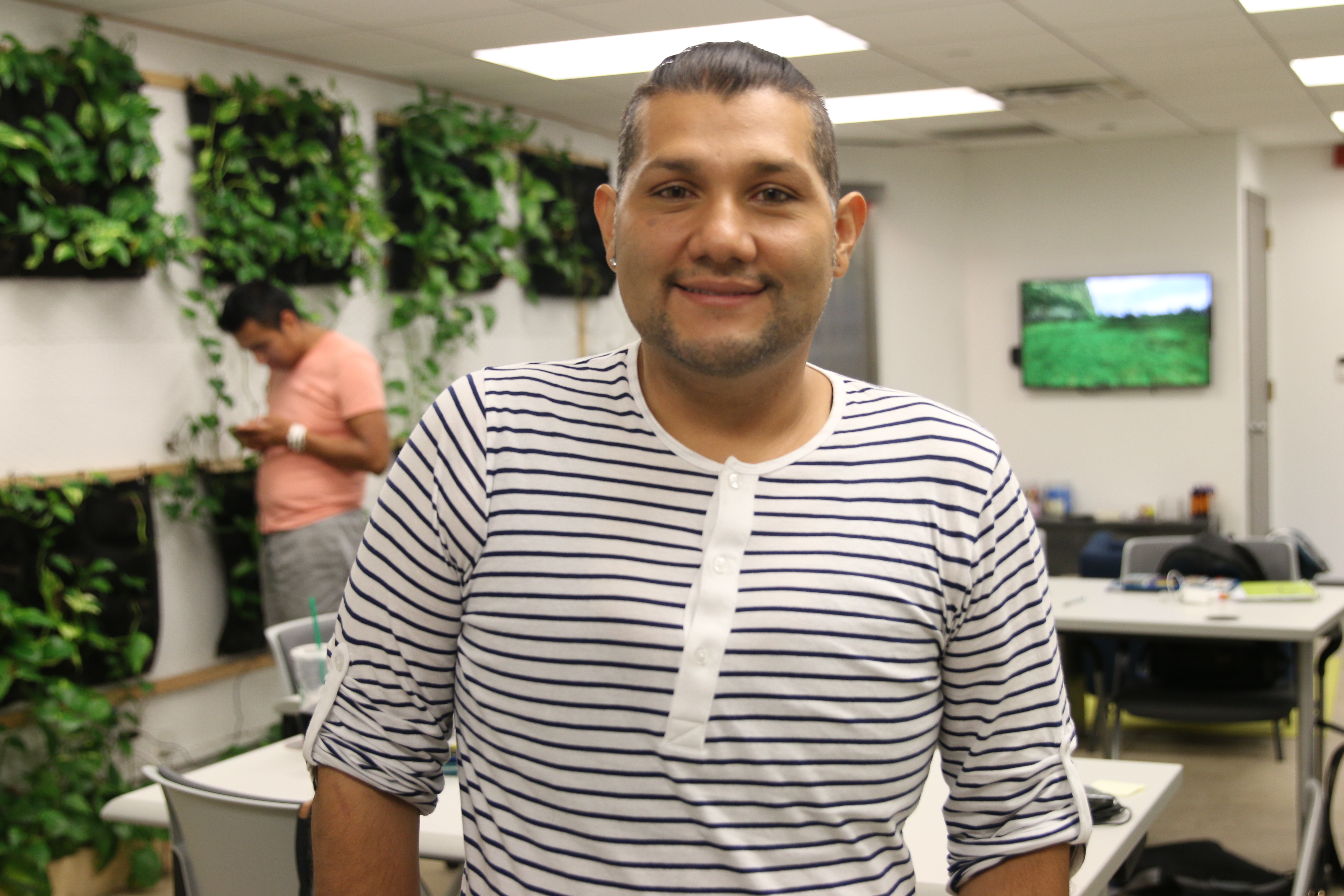 Pineda was president of the organization Monteria Diversa, a non-profit organization that advocates for the rights of the LGBTI community in the city of Monteria, in northern Colombia; a place that has also witnessed the horrors of the war. He was also a land rights activist and fought for comprehensive reparations for the victims.

Like Torres, Pineda had to leave the country to protect his life. He arrived in New York in May 2014 on a tourist visa and he is currently applying for political asylum.

The process to return and recompense victims living abroad is described in the 310-page new peace deal. According to the agreement, the Colombian government will put in place plans of “assisted return” by promoting the conditions to facilitate their return to the country, and by guaranteeing the access to employment, housing, health services and education. It also says that the government will prioritize returns in the areas from where victims were forced to leave, while respecting their will.

“What did we, Colombians, achieve with this agreement?” Colombian president Juan Manuel Santos asked in the Thursday’s signing ceremony in Colombia’s capital city Bogota, in front of around 800 attendees. “We achieved (…) that those who lost their lands, who had to leave everything behind to protect their lives can come back and recover them,” he stated.

Despite Santos’ encouraging message to the victims of forced displacement and the distinctive approach for the victims in exile in the amended peace deal, returning to Colombia is not a realistic option for the victims who fled violence in the country. They say there are not security guarantees to return to their lands because the FARC and other illegal actors are still present in the areas where they used to live.

Land restitution – another way to compensate the victims– has fallen short of the government’s goals.

It is always a challenge to implement land restitution at the end of any conflict and Colombia expected to do it in the middle of a war, explained Gimena Sánchez, an expert on internally displaced persons and human rights advocate at the Washington Office on Latin America.

Colombia has the largest number of internally displaced people, followed by Syria, with more than 6.9 million Colombians displaced since 1985, according to the United Nations Refugee Agency.

“In most of the cases, the majority of the displaced people can’t return to their lands,” says Sánchez. “The number is always very small. The only case where there was a substantial number of returns was in Bosnia and Herzegovina and it was possible because a special mission was put in place,” she says.

Even in this case, she explains, the return was not easy, despite a coordinated effort between the international community, governments and agencies.

The victims were for the first time at the center of a peace deal. Their participation in the 2014 negotiating table in Havana, Cuba, was unprecedented and with the Victims’ Law, enacted by president Santos in 2011, the government officially recognized the existence of an internal armed conflict, the victims, and their right to compensation.

Yet, victims abroad were underrepresented in the negotiating table.

In a constant effort to give visibility to the victims abroad, Ana Paola Agudelo, Congress representative of the Colombians living overseas, requested to have a spokesperson of the victims in exile in the negotiating table in Havana. Only one victim – Juan Carlos Villamizar – of the 60 who went to Havana in 2014 to contribute to the talks, was representing the victims abroad.

Colombia: Warrant Out For Ex-Peace Commissioner

Escaping a Homophobic War in Colombia