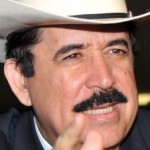 Top Story — A truth commission in Honduras plans to investigate the events that led to the ouster of now exiled former President Manuel Zelaya. Former Guatemalan Vice-President Eduardo Stein will head the commission along with two Hondurans and three foreigners.

Last June, the Honduran army detained Zelaya and flew him to Costa Rica after he planned a referendum to change the country’s constitution.

Along with the truth commission, the World Bank announced it would restore development aid to Honduras, which was frozen after the coup. The World Bank plans to restore a loan of $270 million, as well add $120 million in new credit.

The total $390 million was restored after the inauguration of current President Porfirio Lobo. In January the United States also promised aid to Honduras, as other countries from around the world began normalizing relations with the country.

“For the World Bank, it is important to say that we are here to continue supporting the Honduran people … especially the most vulnerable in society,” said World Bank Managing Director Juan José Daboub, according to Reuters.

[…] Latin American News Dispatch claims that the Half-Truth Commission that Lobo is establishing will investigate the overthrow of Zelaya. I […]