This group has two of the world’s best teams in Brazil and Portugal squaring off against Africa’s most stacked squad, Ivory Coast, and the mysterious Korea DPR in what promises to be one of the most star-studded groups. With all the talent on Brazil, the team should easily advance to the second round. While Ivory Coast might be trouble, Cristiano Ronaldo and Portugal shouldn’t have too many problems either. Korea DPR is really a complete unknown. 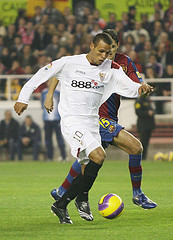 Strengths: This is atypical of Brazil, but the team’s ultimate strength this year is defense. With Maicon and Lúcio fresh off their Champions League victory with Inter Milan and Barcelona’s Dani Alves adding support, it will be tough for teams to score against Brazil. Oh, almost forgot to mention Brazil’s offense, which in one word is stellar. Players like Kaká, Luis Fabiano and Robinho should make it easy for Brazil to put points on the board.

Weaknesses: This is less a weakness and more of a stylistic complaint from many Brazilians: A Seleção this year does not play with the normal grace and flair that fans of the “beautiful game” have become accustomed to. Instead coach Dunga and the host of players who’ve honed their skills across the Atlantic play a more mechanical, rigid style of soccer that doesn’t suit some of Brazil’s loyalists.

Player to Watch: Sevilla FC’s Luis Fabiano is stepping into the shoes of Ronaldo, who holds the record for most World Cup goals. While he hasn’t looked too sharp in the warm-up matches, Brazil has a lot of stock in him to perform in South Africa. 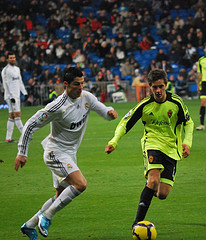 Strengths: Along with Argentina’s Lionel Messi and England’s Wayne Rooney, Portugal has a player in contention for the best in the world in Cristiano Ronaldo, which is nice — as is the teams attacking style and other talent that surrounds Ronaldo.

Weaknesses: Portugal has won when it needs to advance, but this is not a good thing for such a loaded team. The Portuguese need to have some more convincing wins and keep themselves out of trouble if they want to do things in South Africa. Also, the injury to Nani could be troublesome.

Player to Watch: A no-brainer. Cristiano Ronaldo is hands down the person that many people will be watching at the World Cup. His skill and talent level are unmatched and his model good looks will keep even the Real Housewives of New Jersey glued to the TV. However, the man is not without criticism. Much like Messi, there have been complaints that Ronaldo doesn’t perform as well in international play as he does in club play. This could be his chance to silence his critics once and for all. 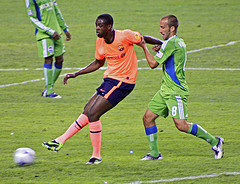 Strengths: Out of all the teams that qualified for the World Cup from Africa, Ivory Coast looks to be the strongest squad. The team is packed with players who have European experience, including Chelsea’s Salomon Kalou and Manchester City’s Kolo Toure.

Weaknesses: Obviously, the sidelining of Chelsea striker Didier Drogba with a broken arm is a huge worry for coach Sven-Göran Eriksson, who hopes that Salomon Kalou and Gervinho can fill in the gap for the Ivorians. Ivory Coast was also handed a bad draw when placed in the same group with Brazil and Portugal.

Player to Watch: Brother of Kolo, Yaya Toure of Barcelona is a true talent who didn’t see much field time this year for his club team. With transfer rumors swirling, Toure has the chance to impress this summer. 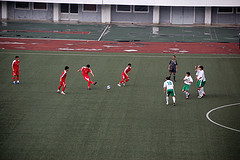 Strengths: The air of mystery that surrounds the team from the country led by Kim Jong-il means that teams facing them won’t really know what to expect. Consisting of mostly homeland talent, what has been gleaned during qualifying and warm-up matches is that Korea DPR likes to score early and then play a defensively tight game.

Weaknesses: With only two players on the roster with experience out of their home country, Korea DPR looks like it might struggle competing with the talent in Group G. Also the team’s score-and-defend style won’t work against any of the goal-heavy teams in the group.

Player to Watch: Dubbed the “North Korean Rooney” Jong Tae-Se is one of the two players from Korea DPR to play outside the country, in Japan. Jong has promised to score one goal in every game he plays in. Those are lofty goals in any group, but especially one that features Brazil and Portugal. It will be interesting to see if he lives up to his vow.

It may be the last alphabetically but that does not mean Group H is last on talent; in fact that is far from the truth. Spain tops many people’s lists as the hands down favorite to win it all, after an impressive performance in Euro 2008 and a roster that reads like a wish list for coaches around the world. Chile is the true dark horse of the tournament and could go deep if they can string together wins like they did in qualifying. Honduras has a ton of bona fide talent and the team’s presence is South Africa could draw attention away from its dicey political situation. Switzerland has a lot of work to do if the team wants to advance, but they play mechanical soccer and have some solid players. 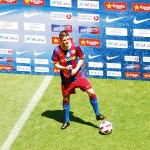 Strengths: Spain pretty much has everything going this World Cup. They have the most talented squad they have ever put together for any World Cup, with over half their team playing club matches at either Real Madrid or FC Barcelona and the rest starring for some of the best clubs throughout Europe. Look at the roster and you’ll see Spain’s strengths.

Weaknesses: The Iberian nation has fielded teams in the past with similar amounts of talent and yet they’ve never won a World Cup. In fact, Spain has a history a having incredible teams that can’t win it all. However, with the triumph at Euro 2008, the tide may be turning for Spain.

Player to Watch: With all eyes on Fernando Torres, who just returned from injury, fans should also keep focused on Barcelona’s newly acquired talent, David Villa. He’s a scoring threat that now with his mind away from transfers should be able focus all his energy on the World Cup. 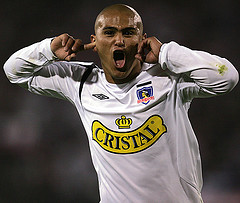 Strengths: Chile has the chance to be the breakout team of the tournament, with an impressive résumé (finished second only to Brazil in qualifying and beat Argentina, Paraguay and Uruguay) and an attack-minded style of play. They play only three defenders and use the rest of the squad to try to overwhelm their competitors. Needless to say, Chile will be a fun team to watch try to go deep in the Cup.

Weaknesses: The team’s attack mindset leads to some major defensive holes. Chile gave up 22 goals in qualifying, but has kept clean sheets as of recent. La Roja will need to outscore their opponents to beat teams like Spain. 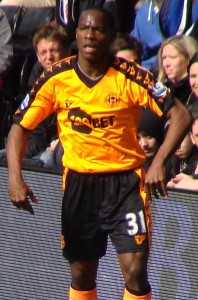 Strengths: At first glance, Honduras may not appear to be a contender but don’t underestimate this Central American team. They have three players in the English Premier League (Maynor Figueroa, Hendry Thomas & Wilson Palacios) with two of those players forming the heart of Honduras’ solid midfield.

Weaknesses: Besides the three players in the Premiership, Honduras is mostly made up of local talent which will have to work hard to beat some of the more experienced squads. Also the political unrest in the country of the past year might have players minds elsewhere.

Player to Watch: Maynor Figueroa who plays for England’s Wigan had a breakout year in club play, including one of the most ridiculous goals of the year. 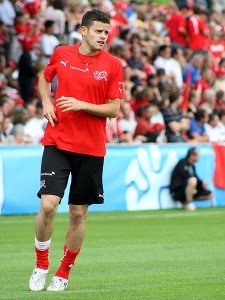 Strengths: The Swiss squad have a solid goal-scoring duo in Alexander Frei and Blaise N’Kufo (although Frei injured his ankle and is expected to miss Switzerland’s first game). Switzerland will need to put some points on the board if they hope to continue on to the next round. For a fun time, look at the squad list for the Swiss — it reads like the United Nations roll call with players from all descents. While this may not help them win, it is nice to see a diverse squad.

Weaknesses: The Swiss can be a dreadfully boring team to watch  (especially in low scoring affairs) and their easy qualifying bracket did give them much of challenge. They’ll face much stiffer competition in South Africa.

Player to Watch: Tranquillo Barnetta is a young, talented midfielder for the German squad, Bayer 04 Leverkusen. He’s shown that he’s got good experience for a young player and serves his role well both offensively and defensively.

Fires in Argentina: Wildfires in the Paraná Delta Threaten Lives

Cristiano Ronaldo has been receiving the support he needs not only for winning matches but also turn out to be the celebrity he is these days. Cristiano Ronaldo has also modelled for a number of major-brand names, recently doing a modelling shoot for a well-known jeans organization.

Cristiano Ronaldo has been receiving the support he needs not only for winning matches but also turn out to be the celebrity he is these days. Cristiano Ronaldo has also modelled for many major-brand names, recently doing a modelling shoot for a well-known jeans organization.