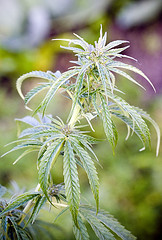 Documented immigrants should not be deported for minor drug possession convictions, the Supreme Court ruled this week.

The case centered on Jose Carachuri-Rosendo, a Texas man who was a legal immigrant when he was slated for deportation after pleading guilty to minor drug charges.

Carachuri-Rosendo, who was a lawful permanent resident with a wife and four children, was convicted of having a marijuana cigarette and a Xanax pill.

The two convictions had a combined 30-day sentence, and he was deported.

His lawyers argued that he was caught in a harsh web from a 1996 immigration law allowing the deportation of immigrants convicted of an “aggravated felony.” What subsequently qualified as a felony was vague and sometimes included drug convictions.

The Los Angeles Times reported that the Supreme Court ruled only serious or violent criminals should be removed.

The 9-0 decision means that all non-citizens living in the United States will not be automatically deported for minor drug convictions.

Justice John Paul Stevens wrote the opinion, saying that automatic deportation wasn’t what Congress had intended with the 1996 law, reported the Washington Post.

Applying for a green card will now cost $985, from $930. The fee for immigrants to become U.S. citizens won’t change.

[…] Documented immigrants should not be deported for minor drug infractions, the Supreme Court says. Read more at Alison Bowen’s “Beyond Borders” blog. […]