Top Story — A state visit to China from Brazilian President Dilma Rousseff aimed at correcting the South American country’s trade imbalance has begun to bear fruit, though not as much as Brazil may have hoped for.

Rousseff arrived in China on Tuesday for a five-day visit to meet with Head of State Hu Jintao and to participate in the meeting of the world’s most prominent emerging economies, known as the BRICS — Brazil, Russia, India, China and South Africa.

China agreed to purchase 35 business jets from Brazilian company Embraer. The sizable purchase is welcome news for Rousseff, who wants to open the Chinese market to Brazilian manufacturers, but fell short of Embraer’s expectations.

“We had the goal of building the 190 here but the Chinese government didn’t approve the project,” said Embraer CEO Frederico Curado. The airplane competes directly with a similar Chinese model.

Rousseff also said a number of tech companies want to invest in Brazil, including Taiwan’s Foxconn, which manufactures most of Apple’s products. Foxconn proposed an investment plan worth $12 billion that would relocate manufacturing operations to Brazil from China.

Brazil has a large market for high tech gadgets and Rousseff has suggested that her country could look to iPads as a cheap way to provide Internet access to the lower middle class, Reuters reports. But high tariffs on foreign goods put them out of reach of many consumers. Apple’s cheapest iPad, for example, costs twice as much in Brazil as it does in the United States.

On the political front, China reiterated its support for reform of the U.N. Security Council (UNSC). Both Brazil and China have called for greater representation of developing countries in the body, and Brazil has been rallying support for a bid to gain a permanent seat at the UNSC.

China said it “understands and supports” Brazil’s leadership role at the United Nations in a joint statement with the Brazilian government, but fell short of publicly endorsing Brazil’s aspiration for a permanent seat.

This post has been corrected. An earlier version referred to Embraer as a government-controlled enterprise, which it has not been since 1994. 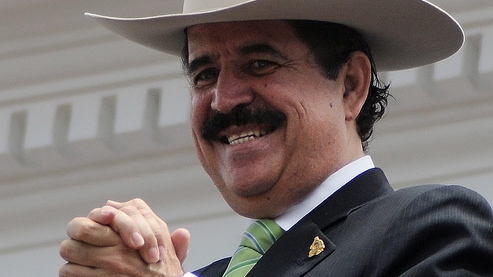 Embraer is not a Brazil’s government-controlled company anymore. This is a private company since 1994.

Thank you, Agostinho Rosa. The post has been updated. Best, Roque Planas