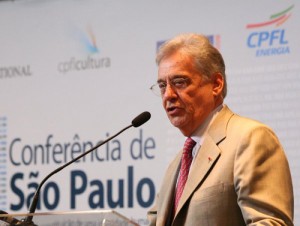 A trove of 35,000 documents released by the Brazilian National Archives on April 13 show that the Brazilian Air Force monitored leftist groups and political parties, labor union members, and students for up to ten years after the country’s 1964-1985 military dictatorship.

Rubens Valente and João Carlos Magalhães, two reporters from the Folha de São Paulo, released an in-depth report on the findings on Thursday, April 14. The documents are part of a collection of 50,000 documents turned over to the National Archives by the Air Force in 2010 at the order of Air Force Commander Juniti Saito. According to O Globo, 15,000 of the documents cannot be made available due to privacy concerns.

The documents reveal that those under surveillance included former Finance Minister and President Fernando Henrique Cardoso and members of the guerrilla group VAR Palmares, to which Brazil’s current president, Dilma Rousseff, belonged. Documents released by the National Archives include a “guerrilla handbook” used by members of the VAR Palmares. Rousseff was imprisoned and tortured during the military regime, along with thousands of other Brazilians.

After learning of a five-page 1994 report that the Armed Forces had generated about him, Cardoso said he probably became an object of scrutiny due to his political history on the Left. “I didn’t know [I was a target of the Armed Forces]. But everybody was. I’m not surprised,” he said in an interview, calling the report “a waste of time” and “wrong”.

According to the Folha de São Paulo, the Air Force also suspected that São Paulo’s Catholic Church was plotting to overthrow the government.

The documents can be accessed by permission only on the Brazilian Ministry of Justice website, Memórias Reveladas.

[…] members, and students for up to ten years after the country’s 1964-1985 military dictatorship (LatinDespatch) […]