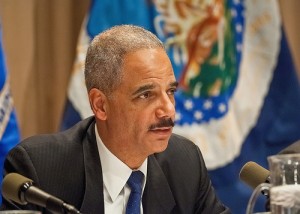 New documents suggest that United States Attorney General Eric Holder knew about the botched gun-tracing operation to Mexico known as Fast and Furious in July 2010, contradicting his statements to Congress.

The July 2010 memo has Michael Walther, director of the National Drug Intelligence Center, telling Holder that straw buyers in the Bureau of Alcohol, Tobacco, Firearms and Explosives (ATF) operation “are responsible for the purchase of 1,500 firearms that were then supplied to the Mexican drug trafficking cartels.”

Under the program, buyers illegally purchased firearms – including high-powered assault weapons – throughout the Phoenix area so that they could be tracked to gun traffickers and drug cartel leaders. The operation ran afoul when the ATF lost track of these firearms, and many ended up across the border in Mexico and in the hands of cartel members.

In May of this year, Holder told a House committee hearing that he had only recently learned about Fast and Furious. “I’m not sure of the exact date, but I probably heard about Fast and Furious for the first time over the last few weeks,” Holder said in response to a question from Congressman Darrell Issa (R-CA), chair of the House Committee on Oversight and Government Reform, in regards to the operation.

One of the e-mails from the ATF’s Newell to O’Reilly shows an arrow chart that plots the path of the firearms leading from Arizona to destinations all over Mexico.

“The attorney general has consistently said he became aware of the concerning tactics earlier this year, and when he did he asked the I.G. to investigate,” the senior Justice official said.

Fast and Furious came to public attention back in December of 2010 when two guns linked to the operation turned up at the murder scene of Border Patrol agent Brian Terry. The border agent was killed in a remote canyon, just north of the U.S. border with Mexico, when a member of a group of bandits he was chasing shot him in the back with an AK-47 assault rifle.

The revelations about the operation also caused a rise in tensions between the U.S. and Mexico, which has frequently argued that U.S. authorities complain about the northbound flow of drugs but do little stem the tide of weapons heading south.

Last month, Mexican attorney general Marisela Morales said that she first learned about the operation from news reports and that U.S. authorities have still not not briefed her on the operation gone awry, nor have they apologized.

“At no time did we know or were we made aware that there might have been arms trafficking permitted,” said Morales, Mexico’s highest-ranking law enforcement official. “In no way would we have allowed it, because it is an attack on the safety of Mexicans.”