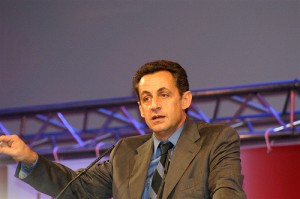 Sarkozy promised $400 million in aid to Haiti to help the country rebuild after last month’s earthquake as he arrived on the island with Haitian President René Préval. The aid package also cancels the $76 million debt Haiti owed to France.

Sarkozy toured a French field hospital, viewed the damage in Port-au-Prince from a helicopter and held a news conference on the grounds of the collapsed Haitian presidential palace.

“I have come to tell the Haitian people and their leaders that France, which was the first on the ground after the catastrophe, will remain firmly at their side to help them pick themselves up again and open a new happy page in their history,” said Mr. Sarkozy, according to the BBC.

Some Haitians protested Sarkozy’s visit on the grounds that the colonial legacy left by the French hindered development in the country. Sarkozy referenced the past and said, “‘I know well the story of our countries on the question of debt,” according to the New York Times.