Group A is a strong group that features the host country South Africa, France and two Latin American nations in Mexico and Uruguay. When picking a favorite, most people would go with France. The European powerhouse made it into the World Cup under some questionable circumstances, but with a line-up that features some of the top names in professional soccer, France seems assured of moving on to the second round. However, two-time World Cup winner Uruguay should not be overlooked, nor should Mexico, whose strong, young squad has looked impressive in its warm-up matches by beating defending champ Italy. 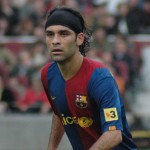 Strengths: Mexico is looking scary in the lead-up to South Africa. It’s played more warm-up games than any other team in the Cup and has consistently looked sharp, first in a 3-1 loss to England and even more so in a 2-1 victory over Italy. Coach Javier Aguirre has put together a solid, young team that has high hopes in 2010.

Weaknesses: In the country’s World Cup history, Mexico seems to suffer from an inferiority complex. When matched up against the bigger, more renowned teams, it tends to get out-muscled and choke up. If it makes it out of Group A, the next round of play will be a test of character for Mexico.

Player to Watch: Javier “Chicharito” Hernández is the cream of Mexico’s young crop. Mexico has high hopes for this 22-year old who just transferred to England’s Manchester United from C.D. Guadalajara, where he proved he could score with consistency.

Strengths: Uruguay is a creative team with a lot of attacking talent. Coach Óscar Washington Tabárez, heading los Charrúas 20 years after he lead them to the round of 16 in 1990, has assembled a young, well-disciplined team. Also, it is tough to count out any country that has won the World Cup twice (1930’s first World Cup and 1950).

Weaknesses: The team’s main weakness is its lack of depth and absence of big name talent.

Player to Watch: Atlético Madrid’s Diego Forlán is a big-time scorer who’s probably the most experienced player on Uruguay’s squad when it comes to international competition. He’s played for Manchester United and Spain’s Villareal before moving to Atlético, as well as on Uruguay’s 2002 World Cup team. 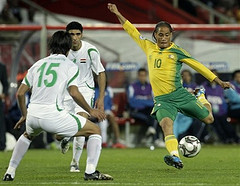 Strengths: If South Africa has one thing going for it, it is the fact that no country that’s hosted the World Cup has ever failed to make it out of the first round. Besides this, the South African squad has shown that it has the propensity to play together as a well-oiled, solid unit. As the host country, they’ll have a lot of support as well as a lot of pressure.

Weaknesses: South Africa’s team consists mainly of local talent without a ton of experience playing at the international level (both in club play and on the national team). It’s going to be a real challenge for them when they face a team like France.

Player to Watch: Everton’s Steven Pienaar is the key to success for South Africa. He’s got great, creative flair and is a true playmaker with the ability to create scoring opportunites. In short, if he’s on fire, so is South Africa.

Strengths: Despite its dubious entry into the World Cup (and the fact that other teams will be gunning for it), France has a lot of things going for it, namely a squad that consists of some of the best players in the world. Thierry Henry, Florent Malouda and Nicolas Anelka are just some of the player’s that make up France’s world-class roster. Add France’s 12 previous trips to the World Cup (including winning it all in 1998) and Les Bleus are a team to be reckoned with.

Weaknesses: Probably France’s biggest sore spot is the man behind the helm, coach Raymond Domenech. He’s been criticized heavily in France for relying too much on older talent and leaving some young up-and-comers back in Europe. Also remember that the defending champs in 2002 were knocked out in the first round. The talent is there, but the head games and locker room problems could spell trouble for France.

Player to Watch: The feisty Franck Ribéry has shown that he has the talent and energy to be in a key player on France’s squad. With experience in the 2006 World Cup, Euro 2008 and on Germany’s Bayern Munich, he will be a valuable asset to France’s 2010 World Cup squad.

Group B features only one team from Latin America, but it’s one of the best. Argentina is a perennial favorite (having won two World Cups in four finals appearances) and with the star power of Lionel Messi, the team is almost guaranteed a spot in the second round. The other spot is more up for grabs, as Korea Republic, Nigeria and Greece battle it out. Korea Republic has been Asia’s most successful squad, making its seventh consecutive World Cup appearance. Greece has been playing strong (unlike its economy), beating Ukraine to make it to South Africa. Finally there is Nigeria, which looks a little shaky under new coach Lars Lagerback and has yet to win during his tenure. However, Nigeria has an excellent player in Portsmouth striker Nwankwo Kanu and should not be underestimated. 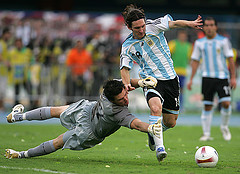 Lionel Messi during the 2007 Copa América. Photo by Cpozo at Flickr.

Strengths: The Southern Cone nation is one of the deepest teams in the tournament with tons of attacking prowess in the likes of Messi, Ángel di María and Inter Milan’s Diego Milito. Add to this the fact that Argentina has good backfield experience with Inter’s Walter Samuel and the boys from the Rio de la Plata are a team to be reckoned with.

Weaknesses: Argentina’s main weakness could also turn out to be its strength. The unpredictable and always-entertaining coach Diego Maradona is having a rollercoaster ride during his first outing as Argentina’s head coach. While his unpredictable and prickly nature may be a hindrance, he also has the experience of playing in four World Cups and winning one in 1986. It will interesting to see which Maradona shows up on the sidelines — the one who is arguably the greatest player of all time, or the one who recently ran over a cameraman’s foot in his car.

Player to Watch: Undoubtedly, it’s Lionel Messi. The face of soccer right now and thought by many to be the best player in the world, there are high expectations on Messi coming into this World Cup. He’s been criticized for not playing as well on the national team as he does on his club team, FC Barcelona, so it will be fun to watch and see if he can silence the naysayers. 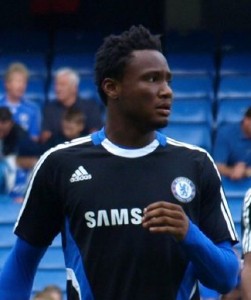 Strengths: The most populous country in Africa has a wide range of talent to draw from and decent attacking prowess this World Cup. Along with this is the fact that Nigeria always seems to be one of the strongest African nation teams and that they’ll have continental support by playing in South Africa.

Weaknesses: Nigeria’s squad is not as deep as it has been in years past and the team is missing someone with a true sense of creative flair that could spur them into the next round.

Player to Watch: Chelsea’s John Obi Mikel will be playing in South Africa, after fears that he might miss the Cup due to knee surgery. With a less-than-stellar squad, the midfielder Mikel will have to take on more responsibilities, especially when it comes to attacking the goal. 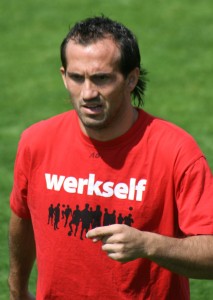 Strengths: Greece is a tactically sound team that plays tight, defense-minded soccer. The players all seem to be on the same page when on the field, which is one of the reasons they were able to win Euro 2004.

Weaknesses: The Greeks are a pretty boring team on the pitch, and with a recent loss to Paraguay and a draw with North Korea, Greece could use a bit of help on the defensive side of the game.

Player to Watch: Theofanis Gekas, who plays his club matches for Germany’s Eintracht Frankfurt, lead Europe during World Cup qualifying with 10 goals in 11 games. While those are high numbers and he’s not expected to repeat his qualifying performance, his stats should bring hope to Greek fans. 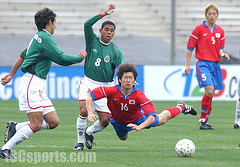 Park Ji-Sung during a match with Mexico. Photo by ICCSPORTS @ Flickr.

Strengths: Korea Republic plays with a tireless efficiency that strains many teams to their limit. The team is centered around a group of midfielders and strikers that Sports Illustrated called the “Fab Four,” with Park Chu-Young, Ki Sung-Yong, Lee Chung-Yong and Manchester United’s Park Ji-Sung. The attacking talent of the “Fab Four” and Park Ji-Sung’s experience could help the Koreans make it to the second round.

Weaknesses: The Korean’s suffer from a distinct height disadvantage with only one of their defenders standing over 6’2″. This makes them extremely vulnerbale during set plays and corner kicks.

Player to Watch: Park Ji-Sung is one of the Korean players to have experience on a European pitch. He’s distinguished himself with his play on Manchester United and will give Korea republic some solid leadership.