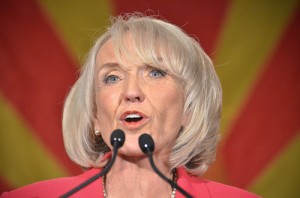 Top Story — The United States Supreme Court ruled Thursday to uphold Arizona’s controversial immigration law, which penalizes companies that knowingly hire undocumented immigrants. The ruling, which passed five to three, lends more momentum to Arizona’s efforts to crack down on undocumented immigrants in the state in the face of what Governor Jan Brewer and others in the state government see as lax federal enforcement on the U.S.-Mexico border.

“Arizona has taken the route least likely to cause tension with federal law,” Chief Justice John Roberts said. Arizona’s law bars the intentional hiring of an undocumented immigrants and employers that violate the statute repeatedly could lose their license to conduct business.

Brewer, along with Arizona Senate President Russell Pearce, declared Thursday’s ruling a big victory for the state. “In light of today’s decision, I am more adamant than ever that states do have a complimentary role in enforcing federal immigration laws, despite the Obama Administration’s opposition at every turn,” Brewer said in a statement. “I want to assure Arizonans, and all Americans, that the state of Arizona will not rest until the federal government secures our border and enforces federal immigration laws.”

Besides punishing employers who hire undocumented immigrants, the law also requires the use of the federal government’s E-Verify system, a computer database that matches the Social Security number and driver’s license information from an employment application with the same information stored in government records.

“The Supreme Court has essentially given its seal of approval to states making E-Verify mandatory for businesses in their jurisdiction,” said Mike Hethmon of the Immigration Reform law Center.

U.S. Supreme Court Justice Stephen Breyer disagreed with the ruling and claimed it will disrupt the balance of federal law. The law prevents employers from hiring undocumented workers, but it also discriminates against workers who speak with an accent or look like they might be immigrants, he added.

Employers “will hesitate to hire those they fear will turn out to lack the right to work in the United States,” he said, according to The Daily Mail newspaper. 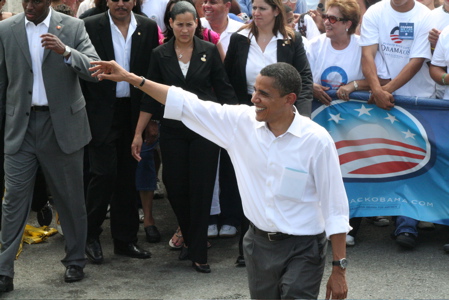 A WIN FOR ALL AMERICAN WORKERS

This illegal immigration triumph is a great launching platform, but it’s far from the end of this simmering problem. It is predictable that Arizona’s SB 170 police law will be heard by the high court hopefully soon. Illegal immigration has been abandoned for so long by both political parties, we now have barely any recourse. Democrats are imploring for votes and up to now, Republican hard liners seeking cheap foreign labor for the job market. But this somber recession has displayed, with the accumulation loss of American jobs, the bailouts and corruption including Wikileaks disclosing a prime document of secret talks to merge commercially, unite currency with Canada, Mexico and United States. In conclusion the American public has finally arisen, to this overwhelming pestilence.

The American populations finally have their interests recognized, by the Supreme Court, asserting that Arizona’s federal mandatory E-Verify were upheld. Today it’s a major achievement for the American workers and a mortal stroke to the US Chamber of Commerce and an attempt by the Department of Justice to shield illegal aliens in the workplace. This will strengthen ATTRITION BY ENFORCEMENT in every business and control penalties with businesses that don’t conform. It eventually will grant all states the right to implement and mandate the E-Verify program and open the door to hefty fines, loss of business licenses, assets and the risk of prison. THE AMERICAN PEOPLE HAVE BEEN THE PUPPETS OF CORPORATE WELFARE AND SPECIAL INTERESTS, AND NOW READY TO DO BATTLE WITH THE HELP OF THE TEA PARTY.

Other states will now follow the example of Arizona and those who don’t, will be in the forefront of mass exodus from these rigid policing states. The Sanctuary State of California as with Nevada and Utah will become a place of refuge. In a 5-3 victory the justices, repudiated the pro-illegal politicians, Governors, Mayors and lower ranks of leftist and Rino Republicans. Of course the Liberal judges didn’t go along with this decision, which is to be expected? If Mississippi can identify foreign national with drivers Licenses, why cannot this be a permanent law in federal books. Further why hasn’t the US government made it a felony to enter America without being processed?

ONE MUST ASK THE INEVITABLE QUESTION–IS YOUR STATE NEXT??

This is not about the Hispanic legal population being the whipping boy for Americans ills, but about illegal vs. legal immigration. The answerable legal people are subject to higher taxes, to pay for every foreigner who crosses the line from South of the border, from Canada, Europe or any other nation? Another issue that many states see as a major peril to our sovereignty rights is illegal aliens using the absentee ballot system to vote in elections. New York, Colorado, New Jersey, Texas is being investigated by state Attorney General commissions. Acorn is still a chief player and although dissolved on paper, is still implicated in the registration racket. There are occurrences in California and Nevada of exploitation of voter rolls.

Can any American citizen or green card holder envisage what this country was like thirty years ago, before the illegal immigrant invasion? How many hundreds of billions of dollars, perhaps even a Trillion in three decades? Fewer illegal aliens meant fewer taxes to support the huge support mechanism that we have today? An example would be California, was a less congested cities and communities, where there was room to breathe? Just think were those taxes to subsidize illegal immigrants today could be highly beneficial, if it was spent on our own population; our Senior citizens, sick and mentally impaired. Education, for instance is forced on us, by a federal court that we must pay the schooling for every child of illegal immigrants. Then we have health care that the courts say, that anybody who breaks the law to come here is entitled to free treatment.

From both parties are hundreds of thousands, tens of millions finding that the TEA PARTY, doesn’t discriminate against race or religion. That these associates are disheartened by the Liberals, democrats and Republicans, that are not doing enough to stop the in-sourcing of illegal immigrants or outsourcing of jobs to foreign countries.

Has this been a premeditated failure of every administration to secure our borders or enact laws that would obstruct foreign national at the border, or a tracking system to expatriate visa overstays. E-Verify will eradicate this problem of the issuance of a Secure Communities law, to enforce that every police department fingerprint and send those scans to ICE. If you want less government, a fair Tax system, individual responsibility and the return of federal excessive power to the states, join the Tea Party in your local area.

Tell your Federal, State or local lawmaker; unless they join the TEA PARTY, they will be out of office in 2012.

This season is already very booked, if the government keeps pulling changes on us it’ll make it harder to file this year before April 15.