Honduran soldiers during a parade in the capital of Tegucigalpa. 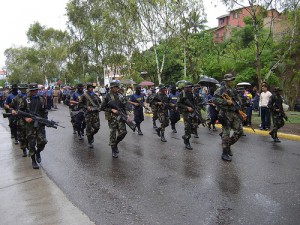 Honduran soldiers during a parade in the capital of Tegucigalpa.

Rumors are swirling that Honduras may soon merge the country’s national police force with the military in an effort to provide security and resources to a nation plagued by rampant violence and drug traffickers.

The plan for the merger would be for the military to support the police, but Security Minister Pompeyo Bonilla said that the two organizations would work separate of each other

“The armed forces must act to support the police. What is sought is the most effective way of giving people security and peace of mind and the human resources [for the police] to perform its functions,” Bonilla said, according to Honduran media.

In country known for human rights abuses – especially in the months following the June 2009 coup that ousted then-President Manuel Zelaya – some in Honduras worry that the merger of the military and police could cause further problems and put in jeopardy any advances in human rights since President Porfirio Lobo took office.

“The issue of human rights, respect for human rights is fundamental,” said Danelia Ferrera, coordinator of Public Prosecutor’s Office. “We believe that this should be taken into account by the president, whether or not it is appropriate, whether positive or not.”

While targeted killings are still a fact of life in a country that last year saw 77.5 murders per 100,000 people, Lobo has recently stressed his country’s commitment to human rights and during his speech at the United Nations last month used the June report faulting the Honduran government for human rights violations in the seven months after the coup as proof.

The government caused the death of 20 people, eight of whom were assassinated and 12 others were killed during street protests, the report found. “We are taking the necessary steps to implement those recommendations,” Lobo said of the Commission.

Yesterday during a meeting between the two leaders at the White House, U.S. President Barack Obama praised Lobo and Honduras for its return to democray following the coup.

The merger of the military and police – previously used by Colombia – is not set in stone and requires a constitutional amendment. Changes to the country’s constitution are a touchy matter in Honduras as the 2009 coup resulted from Zelaya’s persistence to hold a referendum to convene a constituent assembly to modify the constitution and change term limits.

With the coup and subsequent abuses still fresh in many Honduran’s minds, the merger is likely to become a polarizing issue in the Central American nation.

“[The merger] is a retrograde process of people not thinking straight but seeking to promote more violence rather than fighting it,” said  Gladis Lanza, Visitation movement coordinator.

Hugo Chávez’s Third Round Of Chemotherapy Will Be In Venezuela 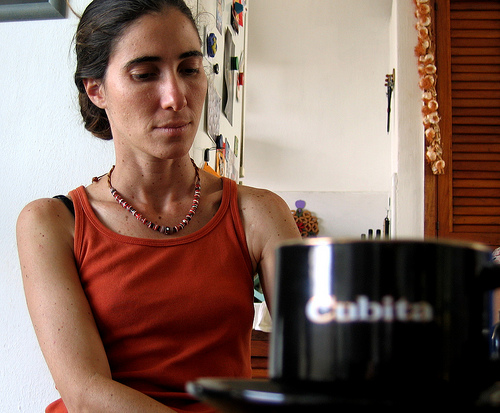 Chile: Police Crackdown On Protests As Student Leaders Call Off Talks says:
October 7, 2011 at 7:06 am

Interesting article. Witness for Peace has been following the human right situation in Honduras for years, and has some useful analysis. If interested, check it out http://www.witnessforpeace.org/section.php?id=132