A Mexcian soldier during a presentation. 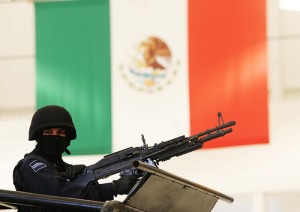 A Mexcian soldier during a presentation.

The wife of the leader of the Sinaloa Cartel and Mexico’s most wanted man gave birth to twin girls at a hospital in northern Los Angeles County last month, according to newspaper reports.

Emma Coronel, the 22-year old wife of Joaquín “El Chapo” Guzmán and a former beauty queen, crossed into the U.S. in mid-July and gave birth to her daughters on Aug. 15 at Antelope Valley Hospital in Lancaster, California. Birth certificates listed Coronel, who holds U.S. citizenship, as the mother but the spaces for the father’s name are blank, The Los Angeles Times reported.

Law enforcement officials said that they had tracked her movements even before she went to the hospital in Lancaster, but were unable to arrest her because she has no charges against her. Coronel returned to Mexico soon after her daughters were born.

Guzmán married Coronel on her 18th birthday during an elaborate wedding in the highlands of central Mexico in 2007. She is alleged to be his third or fourth wife and is the niece of Ignacio “Nacho” Coronel, Guzmán’s one-time affiliate who died in a July 2010 shootout with Mexican police.

The two met during a beauty contest to choose the queen of the coffee and guayaba festival of Canelas in the Mexican state of Durango. Guzmán is suspected to have made his intentions known and Coronel was crowned queen of the pageant.

Guzmán has attained billions of dollars in profits from running the Sinaloa Cartel and is the most wanted man in both the United States and Mexico. U.S. authorities have placed a $5 million bounty on Guzmán’s head, alleging that he controls the bulk of cocaine and marijuana trafficking into the U.S. from Mexico and Colombia.

He was apprehended by authorities in 1993 but escaped from prison after bribing guards to hide him in a laundry basket and has been on the run ever since. One reason Mexican authorities have had trouble apprehending him is that Guzmán hides in isolated, mountainous regions and surrounds himself with a band of well-armed guards.

Recently it is believed that the Sinaloa Cartel has made advances into the northeastern border state of Tamaulipas as well as the Caribbean coastal state of Veracruz, which is controlled by the Zetas Cartel. An upsurge in violence in Veracruz can be blamed on a battle between the two cartels.

Last week, uniformed gunmen dumped 35 bodies beneath an overpass in the port city of Veracruz. While officials in Mexico have not made clear who was behind the attack, a banner left at the scene threatened the Zetas and bore the initials “G.N.”

The two letters appear to be a reference to a group aligned with Guzmán and the Sinaloa Cartel. 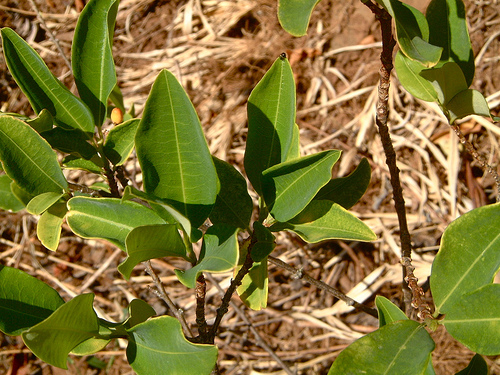 I dont see how mexicans can idolize this piece of sh**. See this is why everyone thinks mexicans are retarded. I am an American of mexican descent and I cant till this SOB is dead because he brings so much shame to my brown skin. I am joining law enforcement just so one day I can hopefully kill this SOB so that my country could one day be drug free. Chapo your day this coming killing you would do two things restore pride in my brown skin and help America become great again. For all of you dumb mexicans trying to idolize this piece of sh** look around and see that everyone in this country despises your retarded ass. You bring so much shame to the mexican culture and your brown skin.

Edward, it’s pretty simple, he has money and lots of it. killing chapo will not solve anything. there is too much money to be made. (yo naci en nuevo leon, tengo 2 anos de no ir a mexico.)

Chapo by standards is the lesser of two or three evils still. I say kill the Zetas first. Since no one wants them to transport drugs for them, they have to extort, kidnap, and hire slave labor just to make ends meet.

Arresting Chapo or killing Chapo is the worst thing you can do. By doing so you leave power to the Zetas who will spare no expense to kill and control the drug trade. If you think the lives of the cartel war that has been taken is bad, watch and see how many more lives you put at risk by taking Chapo out of the equation. People believe in him and trust in him because he is the only person who can control yet alone stop the Zetas. Think of the people and the lives you put at risk. Government is to blind to see the bigger picture. Chapo defends the people, murders he committed is only against or intended towards the Zetas. Zetas will do anything and everything including the killing of INNOCENT people to get there way. Understand the systems of what the orginizations operate by. Zetas have no class, un orginized and sloppy. Killing is sloppy, take the Zetas out of power first and you’ll get what or who your looking for. But be careful who or where you tread on, people in that position has money, with money comes power. They will spare no expense to keep you from stopping there livelihood. In a game full of sharks you need a leader or chaos will rise stronger than ever.