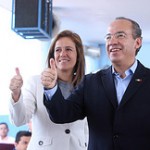 Top Story — Mexican soldiers discovered 51 bodies in a mass grave the size of three soccer fields east of the city of Monterrey, which they believe is part of a series of executions conducted by drug cartels operating in the region.

Mexican officials discovered the graves after receiving an anonymous tip last Thursday and have been using backhoes and refrigerated trucks to find and store the bodies.

Many of the bodies showed signs of torture, with many found bound with rope, tape or handcuffs and others having been partially burned. “They could have been people linked to organized crime, [killed in] a clash, in the war that the cartels are fighting among themselves,” said Nuevo Leon Gov. Rodrigo Medina, according to the Los Angeles Times. “It undoubtedly shows the level of violence with which they confront each other.”

Medina also mentioned that many of the bodies had tattoos. “The tattoos may tell us if they belonged to one group or the other,”  said Adrian de la Garza, head of a state police agency, according to Milenio television.

Several of the bodies had yet to decompose, which lead officials to believe they were killed in the past few days and that the grave was recently frequented by the killers. Officials believe that most of the bodies- 48 men and 3 women- were all killed in the last 15 days.

Monterrey has recently become a hotspot in Mexico’s drug war, with traffickers frequently blocking off roads and disrupting order in the city.

Since 2006, when President Felipe Calderón’s government began its assault on the drug cartels, 25,000 people have been killed. Calderón says the dead are mostly involved in drug trafficking but victims also include police, soldiers, mayors and civilians.

[…] The discovery of the eight human heads comes less then a week after authorities in the Mexican city of Monterrey found a mass grave containing 51 bodies. […]