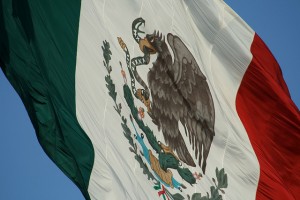 An annual report by an independent advocacy group said that Mexico can no longer be considered to have a free press due to the violence related to the country’s ongoing drug trade.

According to Freedom House, Mexico was listed aside countries from North Africa and the Middle East as “not free”‘ in large part because of the attacks on journalists, self-censorship and a climate of fear that persists in the nation. Reporting on the drug war is a tough situation for Mexican journalists, with some media outlets setting coverage guidelines and others declaring a blackout on drug war coverage.

While concentration of media control is a problem for Mexico’s press freedom, bribery and intimidation have drawn the country into the “not free”-zone alongside other Latin American nations such as Cuba, Venezuela and Honduras. Over 60 Mexican journalists have been killed in the last ten years, with ten deaths occurring in the last year alone.

The report also showed that only 15 percent of the world’s population live in a country where a journalist’s safety is secure and where state intervention in media in minimal. Despite these statistics, the eight-year decline in press freedoms seems to be leveling off.

This is such a shame, a country as Democratic and prosperous as Mexico should not have to forcibly censor the press and be compared to the likes of Cuba, Venezuela, and Honduras. The violence needs to end and the only way it can is through mutual responsibility of the problem at hand by both Mexico and the United States. After, a strong strategy to diminish drug trafficking or decriminalize it.